War is a disgusting feature of our planet. Completely and utterly disgusting. Many of the technological advancements that have been brought forward by war have caused such immense horror. One of the newest and most unbelievable weapons of war is that of the fembomb.

It started just like any other day on the base. I checked in and began tinkering away at one of the hundreds of planes. I worked and worked. Stupid pilots just didn’t know how to look after these engines. Then it leaves some poor mechanic to clean up his poor efforts. Not to mention the thousands it must cost the government.

Then it flew overhead. A silver bellied plane with four propellers flew over head. Then the belly of the plane seems as they it had opened like gates and it dropped. The fembomb was on its way. We all watched it as it fell, no one knew it was a fembomb. I suppose the fact that the bomb was pink should of gave it away. We had all heard rumours of the fembomb but no one believed it was a true possibility. The bomb struck the ground and it all happened.

I awoke in a packed hospital ward. There was no walls or curtains separating us and we were all women. I had breasts and a vagina. My facial features had significantly altered and I was unrecognisable. Even my height had disappeared much like my penis. It was the same for everyone else. Fathers, sons, brothers, husbands were now mothers, daughters, sisters and wives.

We were all promptly briefed on the situation. We were the victim of a fembomb. There was no going back, we were permanently female. We would all act as women and adjust. We had to show the enemy that we wouldn’t give in.

We were all given new supplies. Bags full of make up, hair products and new military uniforms that consisted of heels, pantyhose and skirts. It wasn’t easy but it helped that we all got to adjust together. Together, we learnt to sit to pee, walk in heels and do make up expertly. I initially hated my feminity but I began to love it. In fact, it’s so much fun being on base with hundreds of other women. We all compare our breast sizes and parade around naked. It’s awesome. We all go on shopping trips and I wouldn’t go back. Never. 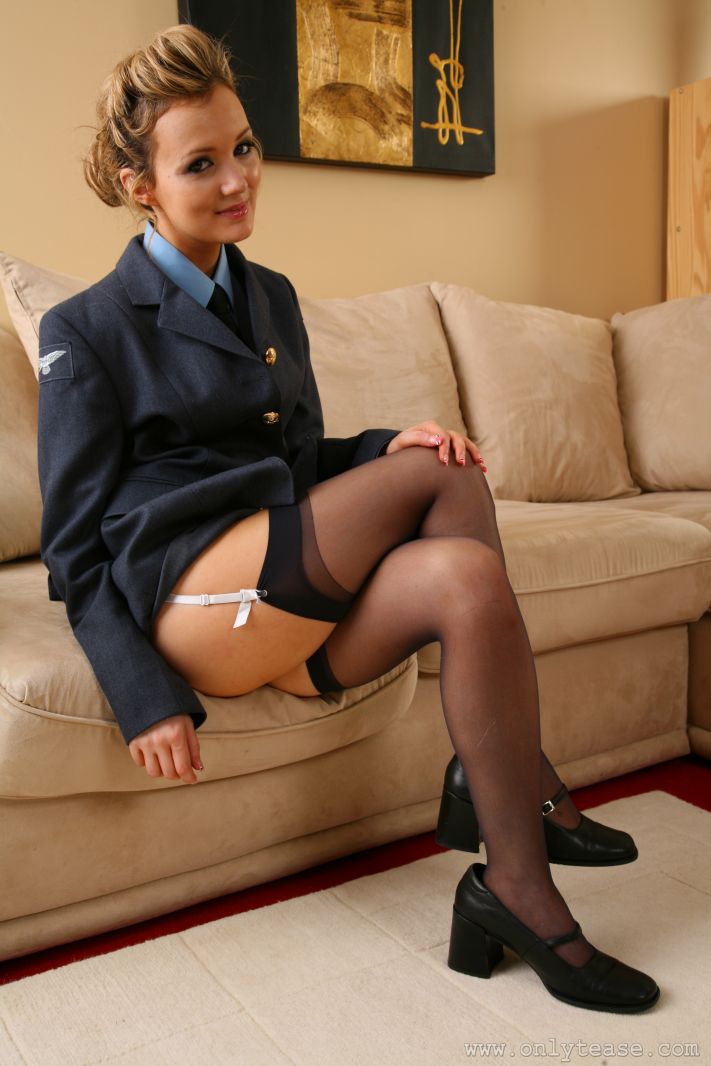