It had been three years since Selina’s baby had been born (the breastfeeding is something I’d really rather not get in to…), and even though I hadn’t been producing milk for a while, I had still kept much of my pregnancy size, something both Selina and her husband greatly enjoyed. Things had been going rather well for me. I had finally gotten used to being Selina’s tits, and everything that came along with that, until…
“Yes, my nipples.”
What? What about them? What’s going on?
“Right this way,” said an unknown voice. What’s she going to do to me?
Suddenly I felt the release, the kind I only feel when every item of clothing on me had been removed. My nipples grew instantly hard in the cold air.
“I can see you’re excited. Good, that will make this easier,” said the voice. Before I could think about what she had said, I felt something cold and metallic press up against me. I started to panic. What was going on?
OOWW!!
Something long and sharp had been jammed through my right nipple. It stung and burned slightly. I didn’t have time to think long on it before-
OOWW!!
Now I felt the same sensation pass through my left nipple. What was Selina doing?! I felt her slide her shirt back down over me, but she hadn’t put her bra back on first.

A few hours later, after Selina had put her baby down to bed, I finally got my answer.
“Hey honey, what do you think?” she said to her husband, flashing me to him.
“Wow, they look…sexy!” he said, coming over and pulling on one of my new nipple piercings. I felt a combination of ecstasy and pain, and I wasn’t sure which was worse. She had finally done, just as she had said when I first became her breasts. 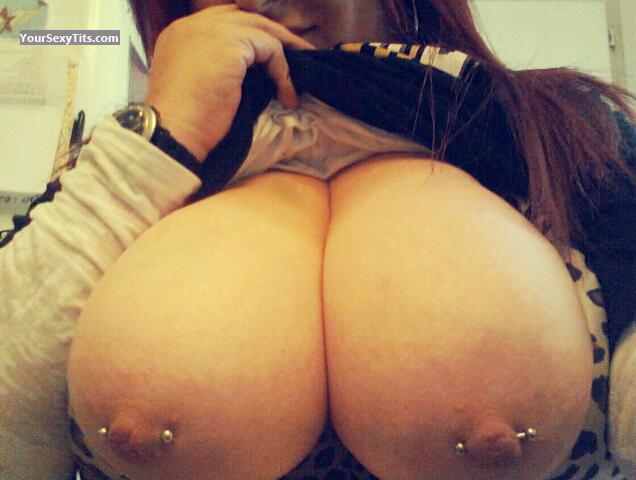