Trent was giddy about swapping with the blonde girl to see what it was like to be a girl, but also didn’t expect to become her, while she was naked in public, except for some black shiny heels. He smiled realizing he felt good, but covered his boobs and crotch as a car went by. He loved the swap, and it was everything he hoped for and then some, however, his pretty little feet were sweating and sticking to his new heels. He realized bare feet in heels might not be the greatest thing either besides being naked in public, and later bought some “pop” socks as this girl he became tended to have really sweaty feet for some reason.

Trent would find later he was stuck as her, Sarah Swanton, as she would remain Trent Burlington. She made the swap a permanent one with the spell she used, as she was pregnant I her old body, and didn’t want to be a mom or a chick any longer. This would explain why Trent was puzzled he was getting sick feelings in the mornings and puking. 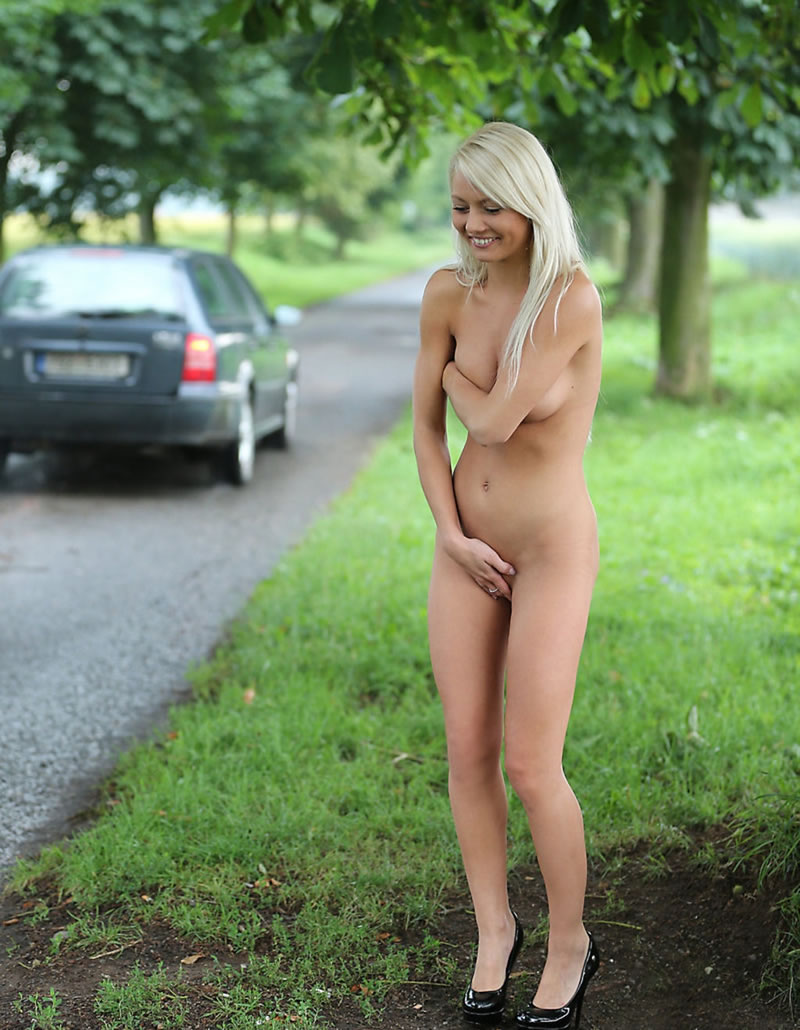