Between Kyle and his girlfriend Cindy things weren’t going quite well. Their relationship was becoming dull and lacked of passion. As much as they tried to improve it their efforts have come to nothing.

While being at work Kyle complained to his coworker, Mandy about his relationship. Mandy used this situation to hook up with Kyle and since Cindy was out of town they met at his place. It didn’t take long for both of them to get kinky. Soon Mandy was on her knees, working on Kyle’s manhood. Kyle was feeling bad about this but as soon as he felt Mandy’s soft lips on his erected penis he forgot about the guilt. He was a man and he had his needs which Cindy couldn’t satisfy.

While Mandy was doing her best Kyle drifted away for a moment. Closing his eyes he wished it could be Cindy doing it for him. Suddenly Kyle felt dizzy and passed out for a second. When he came to he found himself on his knees with something in his mouth. “Why did you stop?” Someone said as Kyle was trying to comprehend what’s going on. Suddenly he realized that the thing in his mouth is a man’s penis. Disgusted and shocked Kyle stepped back, choking and spitting on the floor. “Fuck!” Kyle was feeling like he is going to throw up. “What’s the matter?” The man asked. Kyle immidiately rushed to the bathroom. Wiping his lips he looked into the mirror where he saw Cindy’s face looking back at him. “What the fuck!?” Kyle shouted.

In his shock and confuson he was able to grab Cindy’s stuff and run away from the strange apartments. As soon as he found himself outside Cindy’s phone begin to ring. Kyle took the phone and looked at the number. It was his number. Kyle picked it up and heard his voice shouting at him. He didn’t knew what was worse. The fact that his girlfriend cheated on him or the fact that she found out about his affair in the worse possible way.

After this accident their relationship got even worse but despite that, they were living together because they knew they need each other more than ever before. Even if the tension between them was reaching the boiling point they somehow managed to help eachother. After a long time of living in one place as roommates they started to develop some feelings towards eachother. Just like at the begining of their relationship. What at first was just some innocent flirt soon became an intimate relatioship and they were having sex regulary.

It’s been a year since the swap happened. Their relatioship bloomed again but this time Kyle was the girlfriend while Cindy was his boyfriend. Cindy was going to take Kyle to a fancy restaurant to celebrate a one year anniversary since their body swap. Kyle was really looking forward to it and besides dressing up in a sexy dress he made sure his lingerie is also kinky since he knew that their celebration won’t just end with a dinner for two. 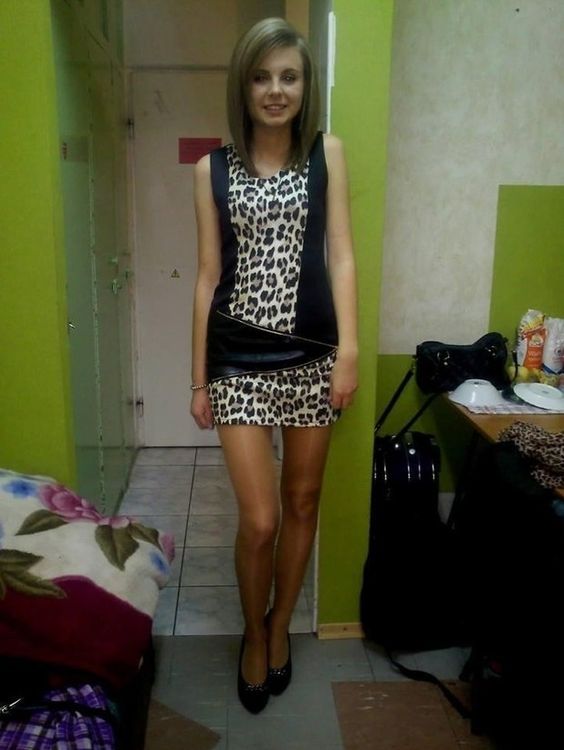