Deputy Philips was having a hard time believing the beautiful young blonde woman in a pink bikini sitting on the edge of his desk was telling him.

He was having trouble focusing on what she was saying due to her gorgeous breasts in his face and her sexy attitude.

He could not believe this young woman was in fact an undercover FBI agent who needed his assistance.

He could not believe the beautiful blonde woman wanted him to arrest him and lock him in the same cell as one of his other prisoners.

Who was in fact the person he was tracking and he had to stay as close as possible to her as she was the only lead they had on the drug gang he had been tracking for the past year.

Deputy Philip did not know what to do he thought she was probably high on something or had too much to drink so he decided to phone the number she gave him just to humour her and was surprised when he got a confirmation from the FBI and was ordered to give all assistant to the agent.

Which made him look at the beautiful blonde girl sitting on the edge of his desk in a different way he could not believe inside that beautiful package was a 55 year old man as he led him down to the cells and locked him up trying to hide a hard-on behind his clipboard as he went. 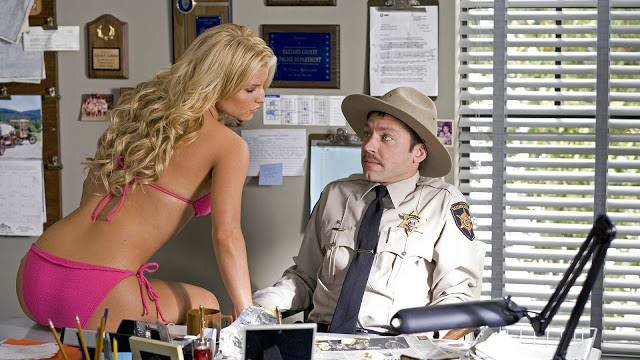