Once again, it had worked. Ever since I can remember, I have been able to transfer my consciousness to any person I want. My former body behaves as if nothing happened, but I gain control of the new body for about 6 hours.

I had just met Amy at a party, she was ignoring me, “your not my type loser” she said. Well, I looked into her eyes, and in a couple of seconds, I had gain control of her body. I was now looking through her eyes. “I am sorry, I do like you” I told my former self. To which he replied “prove it”. I smiled, and raised my top, revealing my perfect breasts. After covering them back, I grabbed his hand, and took him to master bedroom. I know I know, it isn’t my house, but I bet the owner won’t mind.

Amy’s body is great, so sensitive. I felt how her clit got erect with the mere touch of my former self. We had hot sex for at least an hour. I rode him… well, I rode me like crazy. I know its weird, but it is the only way I can have sex with these hot girls. And it ain’t so bad, while I am in somebody else’s body, my former body is aware of what happened. After sex we usually talk for a while, I give myself pointers about what a girl likes and all. And then, after 6 hours or so ellapsed, I go back to my body. 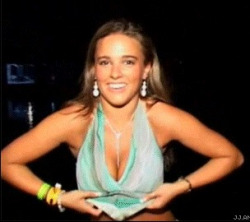