“Smile for the camera!” I told my friend Jerry, who is currently possessing the body of our math teacher, Mrs. Yasu Aoki. “Mrs. Aoki” has decided that since Jerry and I have tried so hard in her class, she is going to change our grades on the last test from D’s to A’s. She has also decided that I should have some sexually suggestive pictures of her that I could potentially use against her in the future as blackmail.

I’ve known about Jerry’s possession ability since last summer, when he possessed Candice, the girl that I have a crush on, and made her do a striptease in my living room. That was probably the best, most confusing, and most disappointing moment of my life when I found out that Jerry was somehow possessing her. He still never told me how or why he can possess other people, but I really don’t care. As long as he keeps possessing hot girls and keeps letting me have some “fun” with them, I don’t need to know.

Anyways, back to the current situation. Jerry and I didn’t do well on our last math test because Mrs. Aoki’s tests are as hard as she is cute. Jerry came up with a plan to “persuade” her to bump up our grades. After the last classes of the day finished, we went to Mrs. Aoki’s classroom and found her writing grades into her grade book. With no one else around, it was a perfect opportunity for Jerry to perform his plan. I saw him turn into his ghostly self and the next thing I knew Mrs. Aoki was standing in front of me in the doorway. I jumped back a little bit as she asked me what I was coming to see her about. I stumbled for a second and said that I was there to talk about my grade on the last test. As I was wondering where the heck Jerry went, she smiled and said, “just messing with you, it’s Jerry.” Jerry liked to mess with me a lot when he was in other people.

Jerry turned around and walked back to Mrs. Aoki’s desk, where he sat on it and unbuttoned her shirt. I quickly closed the door to the classroom and told Jerry to just change the grades so we could get out of there. “Mrs. Aoki” responded by pulling open her shirt and showing me her bra. It was a cute white and light blue bra that was exactly what you’d expect her to wear. I was extremely turned on at that moment, but I really didn’t want to do anything “special” with my teacher. I told Jerry that and he responded with a pouty face that made me feel sort of bad. Luckily, he didn’t push it and he went to change our grades on our tests and in Mrs. Aoki’s grade book.

While Jerry was changing the grades, he still had Mrs. Aoki’s shirt open and her bra showing. It was getting harder for me to hide my arousal from her body. Just as Jerry finished, I got the idea to take some pictures of Mrs. Aoki in her exposed state for “future reference.” Jerry liked the idea and let me take pictures of Mrs. Aoki in several different positions. Jerry stripped her all the way down to her bra and panties and even began to play with himself a little before I told him that he was going too far. Once I got all of the pictures that I wanted, Jerry redressed Mrs. Aoki and sat her back where she was when we got there. I ran out of the classroom and Jerry appeared right aside me shortly after.

“These pictures are gold,” I said to Jerry. “We can use them privately or even to possibly blackmail her into giving us good grades in the class overall.” In response, Jerry asked why he couldn’t just possess her again to change our grades again. I told him that he shouldn’t because I didn’t want to see her get too messed up from a bunch of possessions. Jerry seemed to accept that suggestion and we headed back to my house. He said that he hoped that my older sister was home so that he could have some “fun” with her. I scoffed at the idea, but didn’t really care as long as he kept his “fun” in her room. 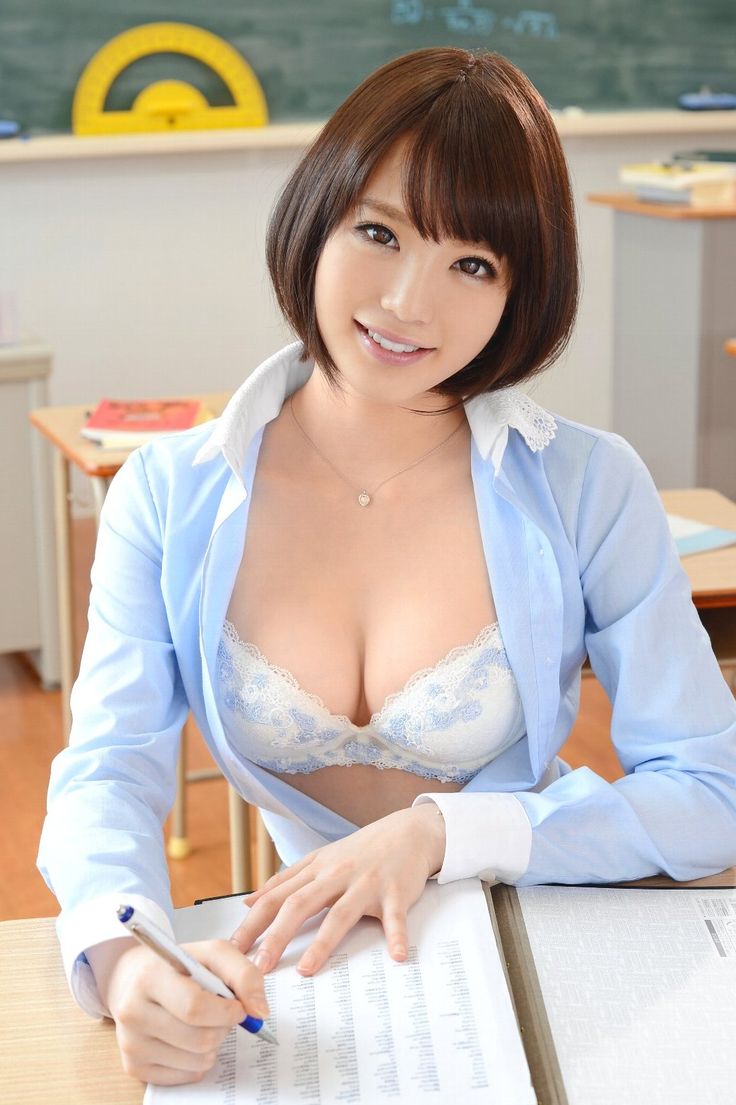