“Well, what did you wish for?” I asked my girlfriend after we threw our coins into the well. “You’ll see tonight,” she whispered in my ear.

And so night came, and we laid in the living room, trying to act sexy as we stripped. Once we were both nude, I felt something strange. Like something was drawing me to her. I walked closer to her, and we embraced. Then I felt a tingling spread across my whole body. I tried to pull away, but couldn’t. I looked down, and saw our shoulders had fused together, with our arms coming out awkwardly from each other’s backs. Then our hands were drawn together, and she raised them up behind my head. Somehow, I had no control over our new arms.
“Ooh, I’m going to like this,” she said looking at them. I could feel their movement as if it were my own, but couldn’t control them at all.
All my attention had been focused on our arms, so I hadn’t even noticed our torso’s merge, her breasts now hanging heavily off my “back”. She reached up and squeezed them, and for the first time ever I felt the pleasure of having my tits fondled.
“I think you may have made the girls even bigger!” she said excitedly. Our feet and legs had already merged, and now all that was left was our waist and hips. It felt like my body did a complete 180 at the waist, and my girlfriend started to peer around my head at what was down there, but stopped as the final transformation began. My head fell lower on our chest, until it felt like I was splitting in two. The pain was unbearable, but it was over quickly, and when it was I could see nothing.
“Well, guess that’s over,” she said. “Seems like your consciousness was moved into my tits, so I hope you enjoy being played with, cause with this new size I’m definitely going to be having some fun with them.”
“I could do without this though,” she said reaching down, and grabbing our cock. “But I guess I did have to keep some of your masculinity, and at least now I won’t have to deal with my period every month.” She smirked, and gave me a hard squeeze. “Time to have some fun…” 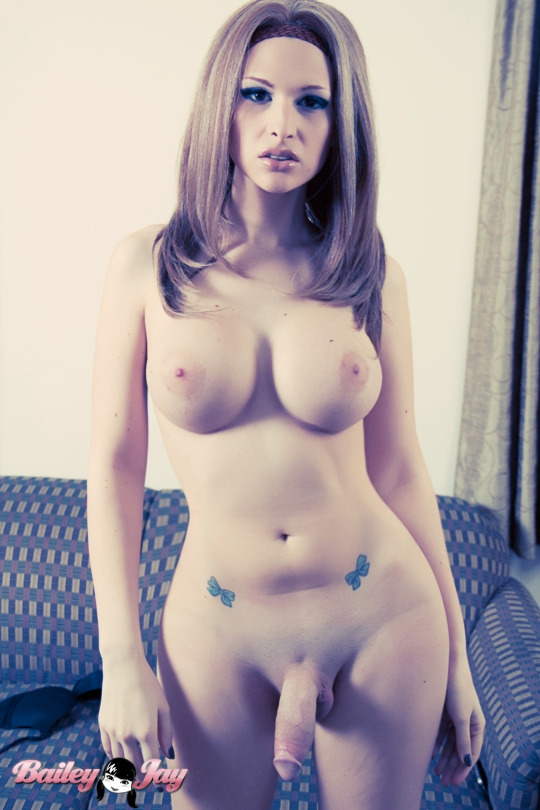