It all started out one night at a bachelor party. Max was getting married, but his best friends Ron, Jeffery, and Michael were going to make sure that he was going to have one final night of freedom before tying the knot. It was going to be legendary, they’d been planning it for months. All the best booze, a limousine all to themselves, and of course the most popular strip clubs in town. The stage was set, it was going to be the best night they’d all had in a long time.

Most the night went exactly as planned. The four amigos got pretty smashed early on, and they were making some decent progress hopping from one club to another. The pole dancing, the alcohol, the lap dances… they all began to blend together as the night went on. Pretty soon after 6 am, after a long night of limousine rides and sexy women, the four found themselves passed out on the floor of the newest strip club in town, La Rose Noir.

“What the hell…. where are we?” mumbled Jeffery as he picked himself up of the linoleum floor. Peering around the dimly lit room he spotted three other silhouettes rousing themselves as well.

“I don’t know… we must still be in the last strip club on our tour,” Max said as he tried to get to his knees, suddenly finding it difficult to move his wrists. “What the hell, why are my hands tied?!” shouted Max a as rush of adrenaline suddenly woke him and his mates up.

“Relax…. relax,” echoes an unfamiliar, yet soothing, voice from behind the three bachelors. “These are just a safety measure, we had to be sure the four of you weren’t going to run off!” The click clack of high heels bounced through the empty hall as a tall woman, no older than 30, revealed herself to the men. “You four caused quite a ruckus last night! A ruckus that amounts to a surmountable sum of cash.” The woman tossed a bill at the feet of the four men. “Pay up and we will let you on our way.”

“What the–!? We couldn’t have racked up that much money in only a couple hours, there must be some mistake! We don’t have that kind of money!” Ron squeaked out in a panic, “There’s gotta be some kinda deal we can work out here?”

“You took the words right out of my mouth! Girls?” The tall woman standing in front of the four boys gave a smile that was both reassuring and unsettling as four girls, still in stripper attire, walked into the hall. Each of the girls stood behind one of the boys and gently caressed their cheek… before shoving a gag into their mouths and wrapping a burlap sack over their head. Each of the bachelors felt a sharp needle poke them in the arm, and they slowly drifted back to sleep.

Jeffery woke up some undetermined amount of time later. His vision was blurry and his mind was fuzzy, but as soon as his senses came back to him he began to scream and shout for help and his arms and legs struggled against the metal restraints holding them in place.

“Mistress, another one has woken up! Should we put him back under?” Jeffery heard a woman’s voice say as he tried to look around the room for its source.

“No no dear… I believe he is owed a little explanation first,” the click clack of heels began to echo around the room again as Jeffery began to calm down, he looked at his wrists and saw them tightly clamped at each side. He gasped as he look up to his forearm, with a needle hooked up to an IV tube pumping some sort of pink liquid into his veins. And he screamed as he looked down at his chest, sore from the recent surgery that had planted two large breasts onto his feminine frame.

“Relax… relax…” said a familiar voice inches above his head. “Don’t tell the others, but you’re turning out to be the prettiest.” She winked at him as tears welled up in his eyes, “And you’re recovering so fast!”

“Y-You gave me breast implants?” Jeffery’s broken voice whispered in defeat as he looked back and forth between his captor and the gauze covered mound resting on his chest. His neck gave out in defeat as his head fell to the cold steel table his was trapped to, and for the first time he saw Ron still passed out and set up in a similar fashion as Jeffery was.

“Yes, and other things,” the woman smiled down at Jeffery. “For example, if your new titties weren’t in the way you’d see that this pink fluid we’ve been pumping in you has shrunk your cock 80% already!” she giggle in a gleeful tone as her bony fingers began to tickle Jeffery’s shriveled cock and balls. “But that’s not all this wonderful pink juice has done to you. Your muscles, your waist, your legs, your ass… all feminized to near completion! Hell, you even grew two b-cup breasts all on your own! We just decided to… take the extra step for you” she said as she patted Jeffery’s D-cup breasts. “Our data estimates that within the week, your sex organs will finish their transformation. You’ll have a fully functional womb, ovaries, and a vagina to match! As soon as your little cock begins to go in, instead of dangling out.”

Tears began to roll down Jeffery’s cheeks as the Mistress caressed his face and smiled, “Shhh shhh shhh… don’t be afraid! You have to pay me back somehow. And what better way than to work at my strip club? The four of you have become such beautiful women, our data estimates you’ll pay off your debt in a mere 10 years! Of course with an interest rate of about 20% you might be here for a… little bit longer. But you’ll have fun doing it!” The Mistress looked toward a one way mirror and gestured towards it, “now, I want you to sit back and relax as your last few Y chromosomes are mutated into X’s by our pink juice here! You’re going to need your rest before the facial feminization surgery we have scheduled for tomorrow! Hopefully that’ll trim down those masculine features and get read of that ugly man voice! And who knows, we may spring for that butt implant deal we were offered from the surgeon that did your boob job. “

Jeffery, now Julia, felt her Mistress’s long fingernails tickle her tear soaked cheeks as the room faded to black, and her shriveled up limp cock twitched for the final time. 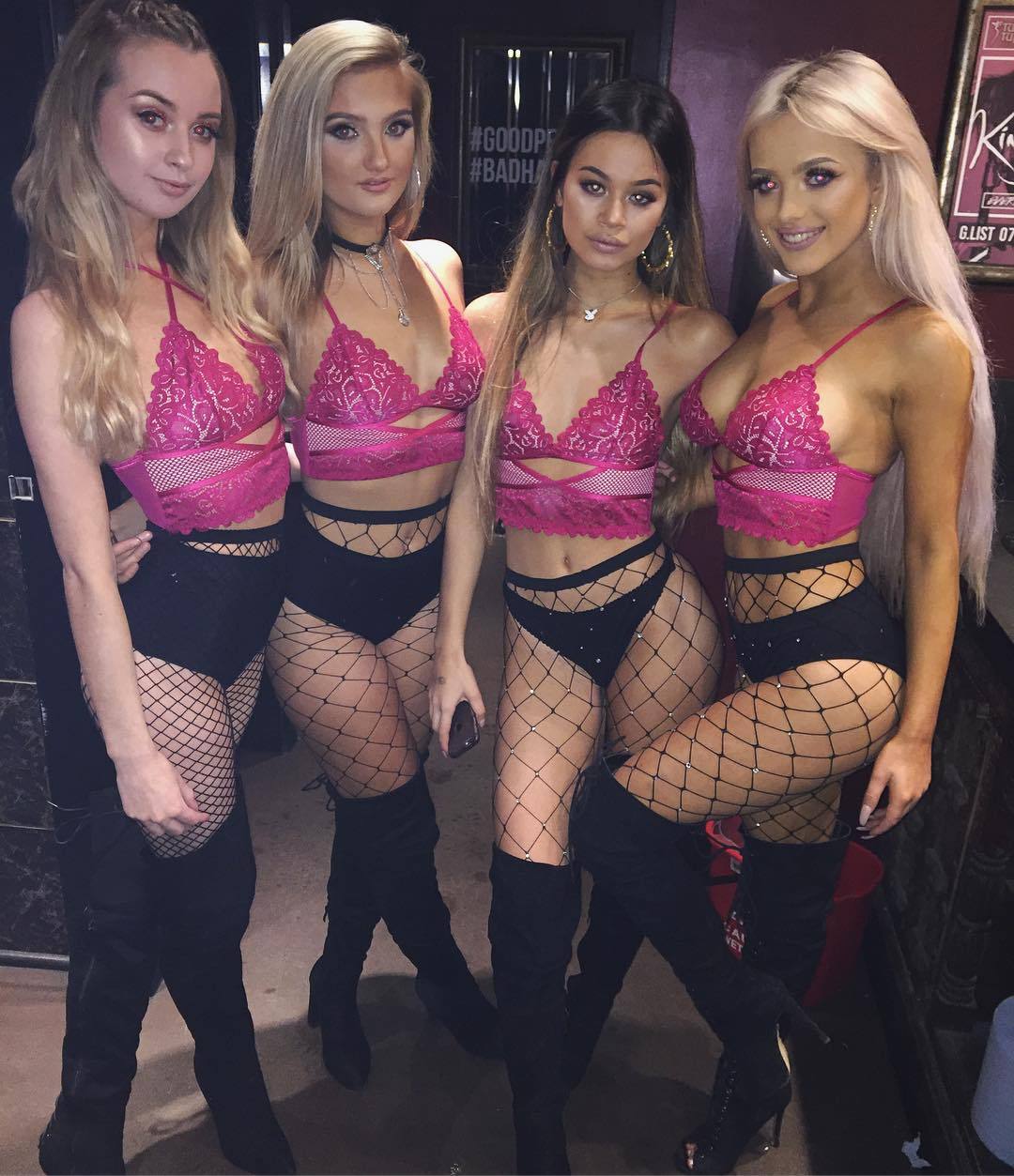