weekend at the lake

Tom and I were going to spend a weekend at his cabin by the lake. It was a nice way to get out away from it all, just two bachelors our enjoying some time together in nature, fishing.

When we were nearly there we stopped at a bait shop to pick up supplied. Tom was in charge of that, but it had been a long drive so I decided to go out and stretch my legs.

Out back of the bait shop was an old woman selling all sorts of weird charms and necklaces. She called out to me as I glanced at her wares and really started pushing her goods. I told her I didn’t believe in any of her magical mumbo jumbo and all I cared about was spending some time in the watcher fishing. I may have used harsher words than “mumbo jumbo”.

She laughed at me and tossed me what looked like an clip on earring. She said it was free told me if I put it on while I was fishing I’d catch everything I wanted. Desperate to get away from her I took it and left.

We made it out to the cabin and Tom and I put on all fishing gear and headed down into the water. After about two hours we’d each caught diddly. I reached my hand into my pocket felt the earring. Why the hell not, I figured and clipped it on.

There was a flash of light and suddenly my legs felt very cold. I glanced over at Tom, who aside from being naked, was now several inches taller than me when I’d used to top him by almost four inches. I gasped and was shocked to hear the pitch of my own voice. I glanced down and realized why. I was a woman, and I was naked too.

I glanced at Tom’s cock and saw that it was hard. An overwhelming urge came upon me and I bent down and took it in my mouth.

Turns out that old lady was right. The real thing I’d wanted to catch was a mate who had all the same interests and hobbies as me. Tom seemed to have wanted the same thing and now calls me his “perfect girl.” We still go out to his cabin periodically and recreate our first intimate moment. 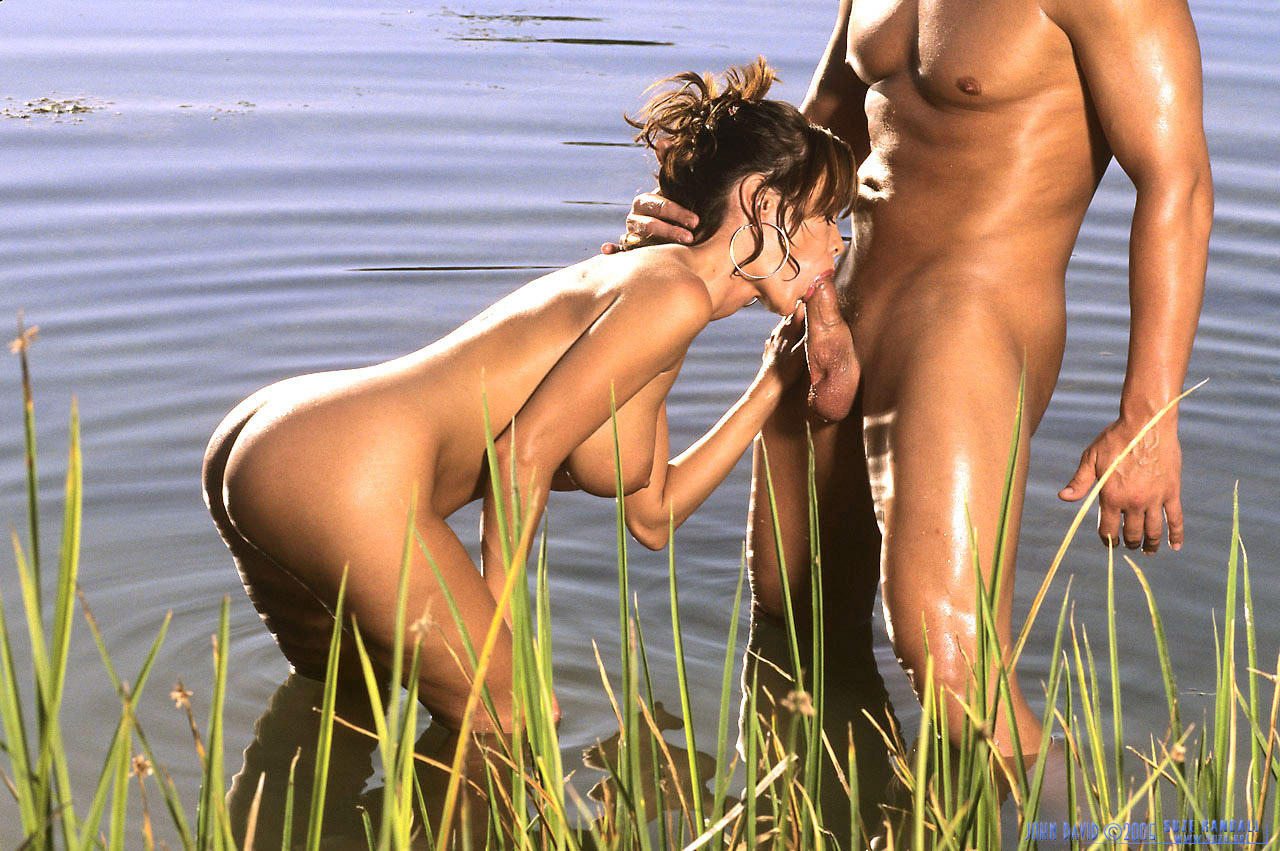