“You may now kiss the bride”, the reverend solemnly declared.

That golddigging bitch had practically ruined my and Matt´s friendship and she was good at hiding her bad sides from him, but it was clear as a day to me that she was a bad pick. So to her I became a threat that had to go.
She had Matt at her whim, no wonder as she was both beautiful and intelligent, but she had ulterior motives. Matt was a good guy and a great friend. Rich and a self-made man. Having to chose betwen a friend and the love of his life, he chose her instead of me.
Slowly I was pushed out of their lives, mostly thanks to her and her web of lies. I was so pissed at that. It got even worse when she lied to him that I had talked behind his back about her, which I never did. I prefered saying it directly to him or not at all. It made us go into clinch more than once but we sorted it out.
Then, out of the blue, I saw that they were going to get married. Why didn´t I get an invitation? Just as I had made that thought I smacked my forehead with my palm. That bitch of course. That does it!
I runmaged through my drawers for an old artifact that had been given me, I knew that they worked because I had tested them out myself once upon a time.
I picked up a pen and a paper to sketch up a plan.
—————
Step one: break into the jewellry shop
Step two: Travel abroad
Step three: Profit
—————————-
—————————-

“The rings please”, the reverend asked the best man that with a swift motion delivered them to the bride and groom.
“With this ring I take thee Janet Rebecka Williams as my lawfully married wife”. Janet beamed in happiness. He hadn´t even written a pre-nup!
She felt how the ring slided over her finger when suddenly the whole world spun around.
When she came to she noticed that she wasn´t in Kansas anymore. Even though she was severly disoriented she knew that she was at an airport. The heat was almost unbearable. All these asian looking people was running around everywhere. A sign further away welcomed her to the Suvarnabhumi Airport in Bangkok, Thailand.
Her body felt all wrong and she looked down only to be greeted by hairy legs in shorts and hairy arms in a tee. She could feel heavy stubble on her chin and something very alien betwen her legs.
Not knowing what else to do she panicked.

Steve steadied himself after the initial dizzyness. He had to act quick to compose himself.
“Sorry my love, I just got so emotional”, he said to explain his sudden loss of balance. He could hardly believe he had pulled it off.
When the reverend told the groom to kiss the bride Steve steeled himself, he hadn´t kissed a guy before.
“Mmm, Matt is a really good kisser”, he thought when their lips had been interconnected for a while and lost himself in the moment. When their lips parted he subsonciously thought “aw”.
The body felt constricted in the tight dress and a multitude of new sensations was still flooding his brain, that made him act somewhat like the usual Janet. Thankfully he could excuse them with that this was his wedding day.

“Did you hear?” Matt asked his wife the month after getting back home from the honeymoon.
“Heard what?”, she responded.
“You know Steve, my long time friend you were warning me from. I didn´t believe it at first but it seems like you were right after all”.
“Don´t keep me in the dark, do tell!”, she urged him.
“Seems like he was caught at an thai airport carrying a big load of cocaine. They jailed him instantly, giving him five years, then adding it several years for resisting arrest and attacking officers. Poor guy, how could that happen?”
Janet stayed silent but walked over to give her husband a comforting hug. In her mind she thought “The sacrifices we do for friends”, when her head was resting on his shoulder. 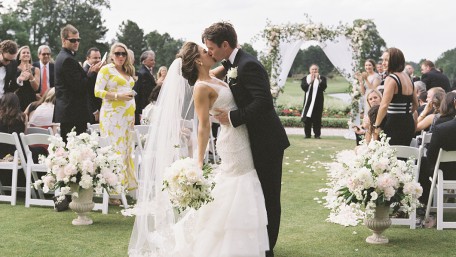