Path to a new life

After months of planning, my best friend Randy and I got the word from the girls. It was time. We had met the girls at a company party our fathers worked out. Randy’s and my dads were mid level managers on the industrial side of the company, while the girls’ fathers were on the board of directors. The two beautiful girls approached us at the party, introduced themselves as Celine and Lily, and started asking us all kinds of questions. What were our plans after we graduated high school? Did we want to join the company or not? Randy and I were so stunned they were talking to us we just answered their questions. We revealed that I wanted to be a musician, and randy dreamed of one day becoming a world class ballet dancer, much to the disapproval of our fathers, who wanted us to join the company. Upon hearing this, the girls started opening up themselves. They revealed their desire to one day run the company, and their vision for the future of the company. They were ambitious to say the least, but none of that mattered as they knew their fathers would never allow women on the board of directors. Their fathers saw them as their little princesses, there to do nothing but look pretty. The girls took us to another room and explained their plan.

In order for them to take over the company, they would need to be men. They revealed that after some snooping around the company’s science division database and found a project that could be a solution to their problem. The technology we’d use was state of the art, but the plan was simple. We had the bodies the girls needed to achieve their goals, and they lived lives of luxury with parents who wouldn’t object to our career choices. In fact, Celine laughed, saying her dad would love to have a superstar musician for a daughter, and Lily was already taking ballet, an activity she loathed. Before we knew it, Randy and I found ourselves agreeing to their plan. We would swap bodies with them in order to live the lives we wanted. They told us it would take a while to set everything up as there were bribes to make and appointments to set.

We spent the next few months hanging out with the girls, learning every detail about each other’s lives, until finally everything was ready. It was a Sunday so there was no one in the building other than the staff the girls paid off to do the procedure. We met the girls in one of the executive offices. They looked absolutely stunning in their tight black dresses. It was funny. I had always had a thing for redheads, and now I was going to be one. Randy could barely contain his excitement, and I could understand why. We were finally going to be able to lead the lives we wanted, and looking at Lily’s body, Randy would have a great build for ballet. We made some small talk for a while before the intercom came to life, the man on the other end signaling everything was ready. The girls got up and took us by the hand, leading us to the rest of our lives. 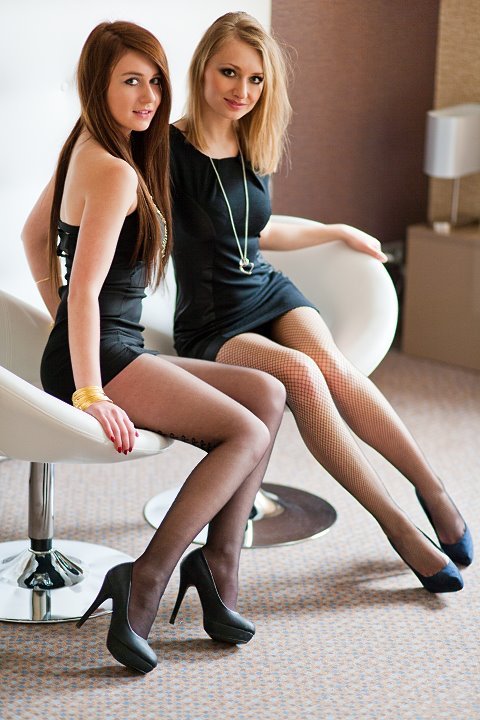