Imagine Harry’s shock as he was sent an “Official Sweet Salute” after testing the government’s new body morphing ray in the army, and it changed him in a way he had not expected! They army hadn’t expected this either, or so he thought at first seeing their initial reaction of astonishment. Strangely however, there was some laughter after this. Harry was changed, clothing and all, into a busty blonde in a tight top, short skirt, and shiny hose, along with five inch black pumps. He reached for where his little buddy would be to see if it was still their, pulling up the top of his new hose with his much longer ruby red nails, to try to get a look at his crotch. Sure enough, he had a vulva down there, he was female for sure! He pawed at the pussy, then his boobs, and screamed, discovering his new higher female voice in the process as he raised his nyloned shapely legs looking at them in shock at the look and feel of them!

“What have you done to me? This is so weird,” said the new woman, formerly Harry.

They tried the ray again and again, and it didn’t do anything to him. It was a one way only thing apparently! Harry was even getting more scared as some of the army guys were starting to look good to him! He also found himself checking his nails a lot, and dusting off his hose clad legs, almost by instinct. Finally, Harry got up, nearly stumbling in the new heels, and grabbed the ray, pointed it at his sergeant.

“If this won’t work on me, then it will work on you, Sarge,” said Harry.

The Sarge, backed away, but was too late, as Harry pulled the trigger with his small dainty manicured finger. The Sarge was changed into a busty brunette in black hose, and a tight see through black dress, with strappy four inch heels! Harry pointed and shot at some army troops, changing them. The ray seemed to change different men differently. One soldier even ended up with a set of breasts twice as large as Chelsea Charms’ (ie. see Boobopedia for more details). Let’s just say he couldn’t even walk, and had to be halled out on a pallet.

Harry thought if he couldn’t be changed back, then they couldn’t either, and he did this because they were all amused at this change to him after it initially happened! It turns out, the changing ray was to discharge army troops they no longer wanted, and sell them to pimps overseas as sex kittens. This would allow the army to get back at the troops that did bad jobs like being a deserter or not helping other troops in battle, without them being a bother again. Harry was in fact a deserter, but no way was he going to let them get away with making him pay like this! 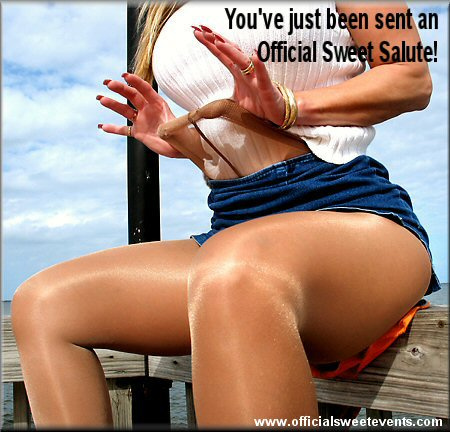