As Ted and Jerry looked down at their new ample breasts, they realize this was real and not the drinks making them see this! They hit on a couple of women at the bar, and they were rude to them when they did it. These women knew the magic arts, and they turned these too into the objects of their own desires. As the results can be seen here, one of there comments was about the ladies having nice boobs, so now Ted and Jerry had their ultimate version of nice boobs on their new chests.

As the two women they hit on walked by smiling at the stunned new women, they said, “Nice boobs, if we were men we would buy you two a drink, but we’re not and apparently your not either! Goodbye ladies have a nice life.”

Their clothes and bodies changed beyond belief as the two stood there in their new heels stunned and shocked. To make matters even more shocking, as they looked in their new purses, they found their driver licenses: Ted was now Trisha, and Jerry was now Jenna. Trisha was 5’5″ and Jenna was 5’3″, both lost a foot in height, but were the same age as they were as men. Their addresses were the same, but when they went back to their new homes, they would find those changed to match their new lives also.

Once people who knew them were calling them Trisha and Jenna, they realized these two bar ladies did more than just change their bodies and clothing, they changed their entire lives, and no one even remembered Ted or Jerry again! 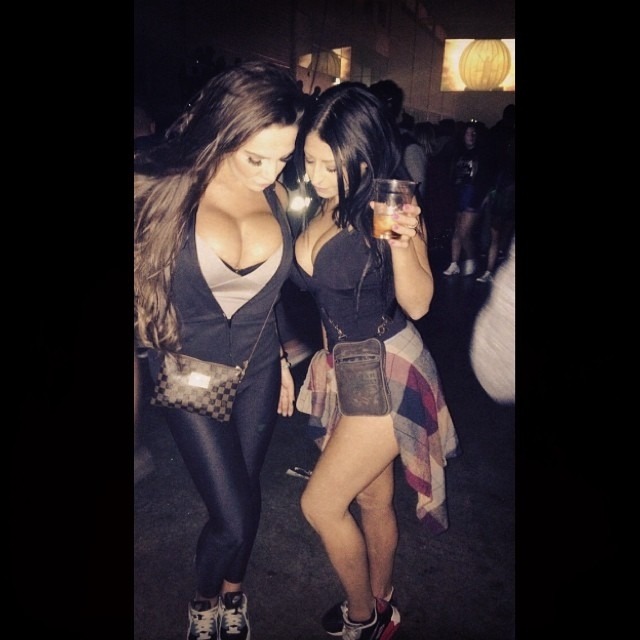