“Oh, not again!” I said, as I lost my balance and fell to the floor. It wasn’t easy walking in heels. Today I was in the body of my boss’s wife. I had to pretend to be her, I had to…. kiss him…. and pretend to love him, which sucked. Let me explain, two months ago, me and my friends tried a spell that would get me into the body of my boss. I would be married to his hot wife, and I would have his money and possessions. It sounded like a perfect plan. Except that we weren’t experts in casting spells, so I ended up in the body of my boss’s daughter.

For a full day I had to pretend I was her, I called my friends and told them what had happened, they assured me they could solve the problem. And maybe they could, but the next day, I woke up in the body of a random man. He worked as the doorman of the building my boss lived. That day sucked. The next day, I was the cleaning lady. From that day, I don’t even remember exactly who I have been. Every single day I am a different person. Secretary, delivery guy, random employee, bartender, so many different lifes. Always connected in one way or another to my boss.

But that first day I woke up in her body was the worst. I sure wanted her, but not in this way. Especially since he woke up with a stiff one. All he wanted that morning was to have sex. Kissing him felt horrible, having his thing inside of me, felt both, horrible and good. I was disgusted, but I was enjoying the moment too. I tried to go with it, I even moaned a little.

As we left the building, I fell to the floor. It is hard enough to walk on heels, but walking on heels while still feeling like I had his thing inside of me, was even worse. No wonder I fell down.

That night, when we went to bed, I tried to fall asleep. But I wasn’t able to, I was still in shock from what had happened that morning. The next day I expected to once again move into a different body, but nothing happened. Maybe it was because I didn’t actually fall asleep. But that wasn’t it, a few weeks later, when the nausea started, I realized why I was still his wife. Nine months later I didn’t care, I didn’t want to leave this life. I might not be my boss, I might not have a hot wife. But I am his hot wife, I am rich, and I am about to give birth to our first babygirl. 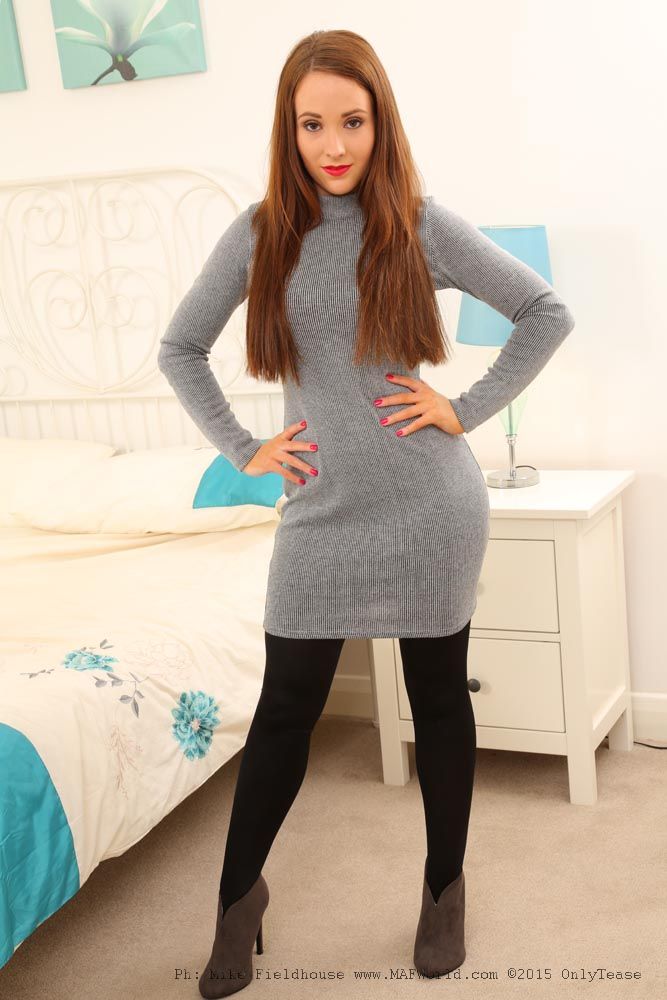