“As long as I’m on Exchange Island, I’m going to make the most of it. Even with this older body.” Jose stated holding up his tank top giving everyone a view of his new rack.

Mike and Jose were friends who had saved money for years, hoping one day they would have enough to go to Exchange Island. They would often talk about all of the possibilities and all the fun that could be had on a trip like that. When they finally had enough money they booked a 2 week stay, anxious and curious about the bodies they would get. They talked often about getting more muscular male bodies, or even female bodies if they were hot enough. So they were understandably surprised when they ended up in the bodies of an older woman and her mother instead.

Mike as least was comfortable in the 40 year old body he inhabited, he at least still was found attractive. He even liked dressing up in feminine clothes and would flaunt in front of both men and women. Jose was more critical about his situation, the body of a 60 year old woman was not what he had in mind. He was appalled by his new body, the short blond hair, the wrinkled and manicured hands, the slightly sagging breasts, and the gray trimmed bush he had tried to avoid.

After discovering the pleasure his body gave him, he decided regardless of his situation he would enjoy his new body while he had it. He got dressed up in his smallest tank top and form fitting pants, and told Mike they were going out on the town.

As Jose stood there his exposed breasts in the wind with his nipples getting hard, he realized he was enjoying himself. He was getting sexual glances from quite a few men, and he felt himself began to grow moist. “This body sure thinks some of these dudes are hot, I would be a fool to ignore that.” he thought. He grabbed a rather well built man who was staring at him and said, “Hi honey, I saw you staring at me. Do you want to want to help me try this body out?”

The man looked at him and smiled, “Hell yeah I would, I’ve always liked hot older women come here baby.” He grabbed Jose by the ass and began to lead him off, Jose looked back at Mike and said, “I’ll be back late tonight don’t hold up.” He looked at his soon to be lover for the night feeling a heat growing in his groin and thought to himself, “God I can’t believe I’m going to do this, but damn am I excited for it!” 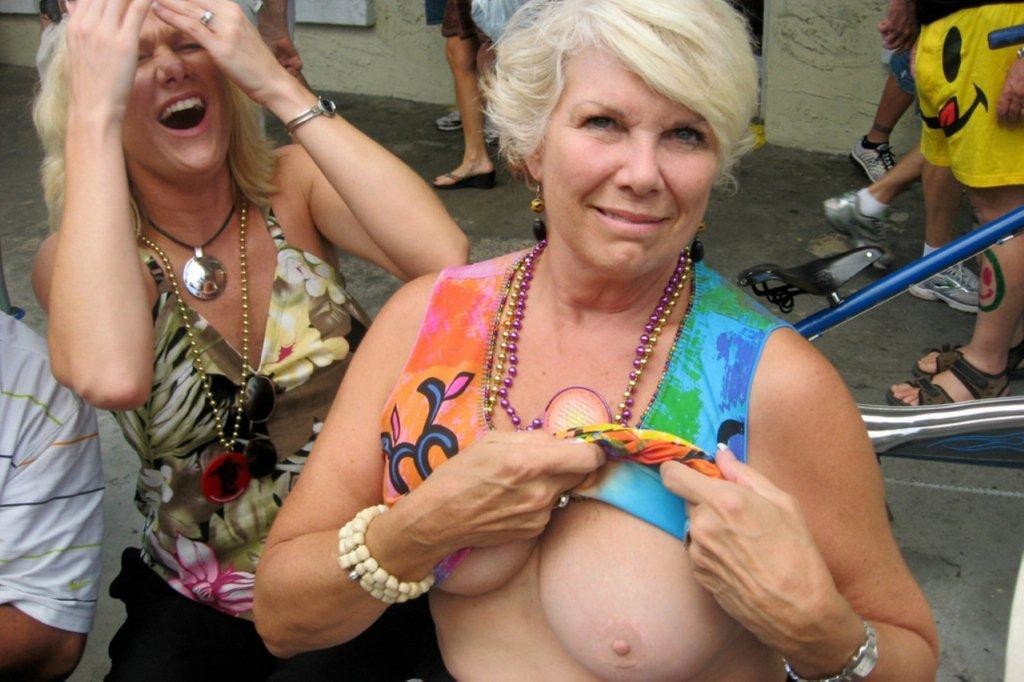