“I swear to God, when I get my hands on you I will kick your sorry nerdy ass, take the remote and turn me back to a man”.
“Is that so?”, Gary responded with a smug smile. “How can you take it when you cannot move?”
Alec´s body froze up like he was a living statue. He couldn´t move a thing.
“Sorry about that. Here, I´ll let you control your head”.
“You motherfucker! I will fucking kill you! I will kick your ass so hard that your grandchildren will have bruises. I will…….”
Gary pressed mute.
” ——————————-“, the mouth was moving but absolutely nothing was heard.
“Cool”, he said in amazement. “This thing can really do everything it promised”. He patted the remote he had in his hand.
Alec was still looking furious even though he couldn´t make a sound. Gary got curious and wanted to try a thing.
He walked over to the immobile girl, letting his eyes wander up and down and taking in the sight in front of him.
Gary reached out with his hand and squeezed a boob.

Alec shut his mouth at first and looked suprised over the alien sensation. Then he seemed to continue with his death threats and insults with a even greater vigour.
“—————–“, ´unmute´, “…shit down your thro….”, ´mute´, “—————–“.

Gary contemplated the situation. The cat was out of the bag now, Alec would with high certainty make sure that his threats became reality if he ever got free from his influence.
Well, guess he had to make sure that that would never happen.

He brought up the Mind Alteration Menu, loaded a general profile which he in turn modified some more.
Satisfied Gary pointed the remote towards Alec and hit him with another beam.

The furious expression of the woman melted away. She looked disoriented at first but as soon as she saw me she began to smile. A very seductive smile I might add.
“————————“.
“Oh, crap. I forgot to unmute her. There!”
“Aren´t you a cutie?”, she said and smiled. “Do you like what you see?”, and nodded towards my groin.
“Very much”, I responded, trying not to drool. I noted that a change of personality did all the difference betwen a turnoff and a sexy bombshell.
“I would love to come over to you but….”
“But what?”
“I can´t move”, she pouted her lips slightly.
“Right! There, you should be able to move now”.

She sauntered over to me, swaying her wide hips with every step she took.
Walking past me she took my hand and led me to the bedroom and dragged me with her.
I could only to admire her generous butt and tight waist watching her from behind.
As you could expect, the sex with a woman like her was beyond your wildest imagination! 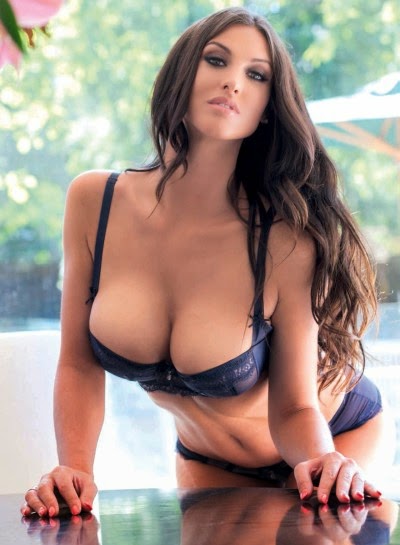