My wife is beautiful, loving, caring, smart and my best friend. Oh! And did I mention, she’s also a witch. That’s right, I said witch, with a W. A broom riding, cauldron stirring, spell casting WITCH. Not that it’s obvious. It’s not like she keeps her cauldron on the stove or raises black cats in the back yard. In fact, she never does magic at home. Well, except for some very realistic role play in the bedroom, but we won’t get into that. We had been married nearly a year when I came in to find Diana, that’s my wife’s name, looking nervous. I sat next to her and asked what’s wrong. She gave me a nervous smile and said, “Dave, next week is Halloween and the coven is having its annual party. It’s the only time we’re allowed to bring our husbands.” I hugged her, “Honey, Of course I’ll go to the party with you.” She shook her head and said, “You don’t understand, the rules of the coven still apply and even then, no men can enter the house.” I looked at her, “So you would have to change me into a girl for the party? Heh, heh, well it won’t exactly be the first time now would it. I’ll just think of it as a very realistic Halloween costume.” Diana was shaking her head, “I won’t have to. When we enter, the spell on the house will take care of that. But Dave, that’s not all. Everyone must be nude!” Now that stopped me. I looked at my wife and the tears starting to form and said, “This is really important to you, isn’t it?” At her tearful nod, I hugged her tighter, “I’ll do it for you, Honey. If it gets to uncomfortable, we can always leave early.” The look of delight on her face as she hugged me back proved I had made the right choice.
On Halloween night, we pulled up in front of a huge mansion. “This is where your coven meets?” I asked in awe. “Yes. It belongs the Morgana and her husband Harold. Morgana is the head of the coven and the most powerful witch in years. Come on. I can’t wait to show you off.” As we approached the door, it opened automatically and when we entered I felt a tingle and a draft. I looked down to see I was now most definitely a girl and a naked one at that. I looked at Diana and was shocked to find she was huge. My 5’8” wife had become a veritable amazon. “Honey”, I whispered, “Why are you so big” She just laughed,” I’m not silly, you’re smaller. It’s the magic. The more powerful the witch, the more petite and feminine it makes the husband.” I had no idea my wife was this powerful. I was tiny! We joined the party and in spite of myself, I found I was having a good time. There were naked women everywhere. Most accompanied by smaller women of varying sizes though none were as small as me. My respect for my wife grew as the night went on. We were sitting at a table having a drink when I saw my wife tense up. She whispered to me, “It’s Morgana and her husband Harold.” I looked around in time to see entering the room beautiful dark haired woman who appeared to be in her mid 30’s. Accompanying her was the tiniest, most feminine woman I had ever seen. She was positively elfin. “That’s her husband?” I whispered. “What’s he like in real life?” My wife just nodded, “Harold played linebacker for Alabama in college to answer your question. I told you Morgana was powerful.” I had to agree. She entered the room like a force of nature. You could almost feel the energy. Then she spotted us and yelled across the room. “DIANA!” and with Harold in tow headed toward us. “Diana. I’m so glad you could come. You remember Harold? And this must be Dave. He’s just gorgeous!” I couldn’t help it. In this woman’s presence, I blushed like a school girl. “Oh Diana, he’s darling!” Then she seemed to consider something and making up her mind said, “Diana. You’ve always liked Harold. Let’s trade for the evening!” Surprised, I looked at my wife and saw pleading in the look she gave back to me. I knew enough to know it was a huge honor for Morgana to offer to trade Harold for the evening and my wife’s status would rise greatly in the coven. Reluctantly I nodded my acceptance. Diana smiled and said, “We accept.” Morgana yelled out, “Great!” and with that literally picked up Harold and dropped him in Diana’s lap. She then pulled me from my chair and said, “Grab a bottle honey and let’s go find some place more private.” As we started up the stairs, Morgana’s arm possessively around my wait, I glanced back at my wife who still sat there with the diminutive Harold in her lap and she gave me a wink. I turned back to Morgana who was saying, “Oh Honey. We’re going to have so much fun. I have a brand-new strap on I’ve just been dying to try out.” I gave a sigh. The prices we pay for loving a witch. 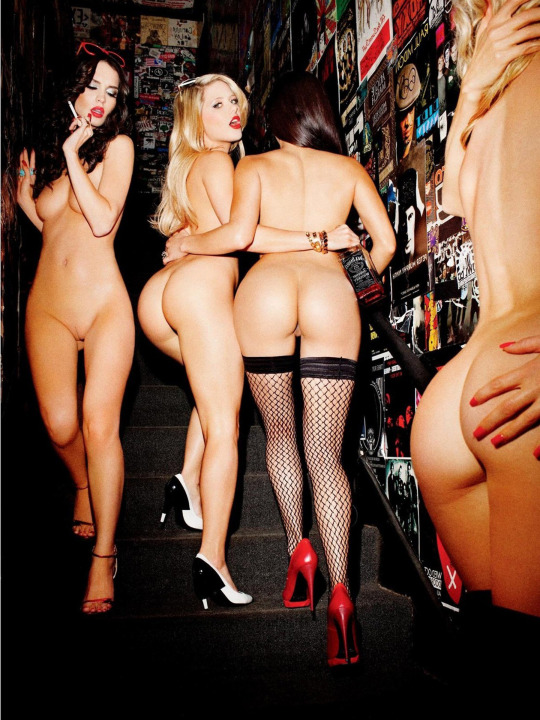