Ben the body builder was one of the strongest men at the workout center. This wasn’t enough for Ben, however, as he was seldom satisfied with what he had. Wanting more, he found a secret magic shop in an alley one night. This shop would appear in random places, and disappear as fast as it appeared. Ben got a tip to where it was, from a bum on the street after giving him $100.Ben entered the shop, excited. He would be able to finally get what he wanted. The man in the bathrobe gave him a spell, that would grant only one wish. The man in the robe warned him to be careful as the spell was permanent, no matter what he did. The words, “No other spell will undo this magic,” rang in Ben’s ego filled head as he left the shop smiling.Ben thought carefully but was impatient, and made a wish, “I wish I had a larger chest that would be admired by many.”The spell went up in flames, as it was written on a piece of paper, and so did Ben’s former life as well, when the spell took hold! He fell asleep on his couch that night wondering when the spell would work. When he awoke, he was in for a treat. He was wearing a sheer body stocking pulled down under his new larger chest, and open at the crotch, giving him a view of his new massive breasts, and allowing him to feel his new vagina.Ben was stunned and shocked, but realized the wish gave him what he asked for, a larger chest and it would be admired by many, many men that is! He was looking down at his buxom curvy form, no muscle tone he could find, seeing he now had a very female body. He felt his pussy with his new soft small manicured fingers, stunned at the feeling of having this instead of a cock, after all the years he was a man. He hefted the boobs, touching them, feeling the sensual sensations they were giving him. He had a much larger chest as a woman, that was for sure, he couldn’t even imagine his bra size, and what bra would support or even hold these puppies!”I can’t believe this happened, oh my voice is so high now, oh my,” Ben said and the wish, the bathrobe guy said the wish was permanent.The words of the man rang through his pretty new head as he lay there stunned in shock and awe. Ben didn’t know what he would do, this body was so different to him, he was so used to be hard and tough, and now was soft and curvy. He was no skinny woman either, he was probably a size 12 at least, average, not fat, but not skinny either.Ben finally got up from the couch, and was stunned at his new center of balance, and how much shorter he was! He must be about 5’3″ maybe? He used to be 6’5″, what a change, and the weights on his chest, especially not supported by a bra, were overwhelming at first. When he made it to a mirror, upstairs, boobs swaying everywhere along the way, he seen his new face for the first time. He as gorgeous, for a woman. He undid his hair out of curiosity, and if fell down around his face, and along his back down to his new round large bottom. He was shocked at the feeling of having such long hair, and how silky it was, and the way it caressed his soft feminine skin. He wondered how he would even wash all of it.Ben finally sat down on his bed, his own bottom as cushiony if not more so, than the bed he sat on. He was in total disbelief. He wondered what to do, then more hit him as he reached for where his wallet should be, and found a purse?! Looking inside, still not used to his new smaller delicate hands, he found a wallet in the purse, a women’s wallet, and inside a driver’s license. It was a twist on his name. He was Ben Huge, and now it read, “Benita Huge”, and his height was near what he thought now, it read, “5’2″” actually! Then the “F” stood out on it, clarifying he was in fact female now. Reality must have changed as well.Gradually he found feminine items in the house, some was the same, other things weren’t. His Rocky collection of blu-rays was replaced with a Lifetime movie collection on DVD, his Die Hard collection, replaced with the Twighlight Saga. He hadn’t even notice his couch had a rose pattern on it now, the one he had been lying on earlier when he changed. He looked through his closet and drawers to find his entire wardrobe was altered, dresses, flats, heels, large bras and panties, pantyhose, thigh highs, stockings, garter belts, skirts, blouses, barely any pants except tight fitting leggings and yoga pants.He resigned to the fact he lost his manhood, and perhaps his ego as well, as he was no longer preoccupied with being larger with more muscle, but how he was going to live now that he was a curvy attractive woman, with huge breasts. What shocked him even more? He wanted to grab a bowl of ice cream from the freezer, and watch one of those Lifetime movies, staying in, for some reason interested in that, and not going out with the guys partying and looking for chicks. After all he, no SHE was a chick now, most definitely. 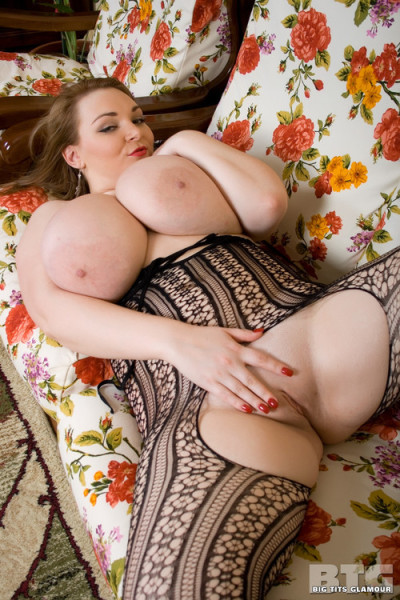