Jeans and a T-Shirt No Longer

When the Great Shift hit, Mack (left) was sitting with his sister Brianna (right) waiting for a taxi. Suddenly he no longer had his signature jeans and t-shirt, but noticed he now had a colorful skirt and t-shirt, what his sister was wearing. The long hair and boobs became apparent also, and of course that void in the groin was next to be noticed.

Mack turn to his former body in shock, his former body looking back at him shocked too. They found they swapped with each other, which in a way was better than a complete stranger they supposed. They had hear of the Great Shift hitting other places, but had no clue it would hit them.

Mack noticed tears rolling down his old face, as Brianna began to cry in his body, not wanting to be a dude. Mack almost instinctively went to hug her, well his former body with her in it. Mack was not entirely upset with the swap, and wondered if he could figure out something for his sister, after all Mack wasn’t a big guy, and his face wasn’t too rugged. Perhaps, she told him, they could get him reassignment someday, and they could be sisters.

She looked at her former body with Mack in it, and told him that he shouldn’t dare even thinking about making her body male. Mack said he wouldn’t do that to such a beautiful body, a) because maybe somehow she could get it back, and b) he would never ruin a body he thinks he might just get used to someday.

When life handed them lemons, they “made lemonade” so to speak, and later became sisters. Brianna in Mack’s sex changed body, looked even prettier than he did in her former body, though it did take work and time. 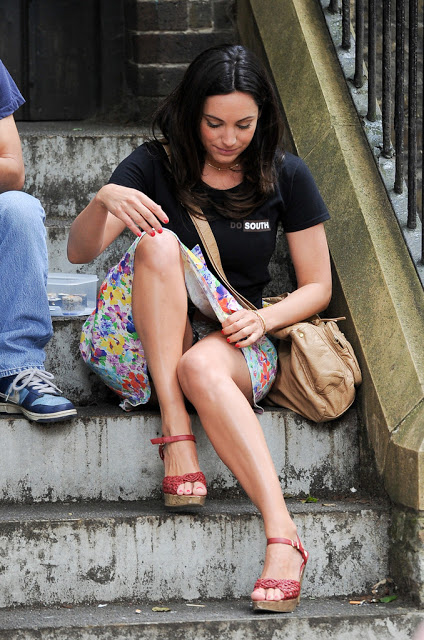