“Experiment is complete, you are now a woman! My gender ray was a success it appears, but I will have to do more tests to be sure,” said the scientist Mr. Woo.

Mr. Woo unzipped his trousers, and Randy, was getting nervous wondering what would happen next!

Randy was a soldier captured by enemy forces, experimenting on a way to stop the soldiers indirectly. As Randy would soon find out, not only was he a woman now, but with 10X the sex drive of a normal woman, and all he would be worried about now was sex, with MEN! He would no longer be concerned with the war, and the only battle he would fight would be to get cock!

As Randy seen Mr. Woo’s peter, that was all it took, and he immediately began sucking. The scientist smiled as he was getting a well deserved reward for his work! Randy would be renamed Rhonda, and help service soldiers and scientists alike at the enemy base. 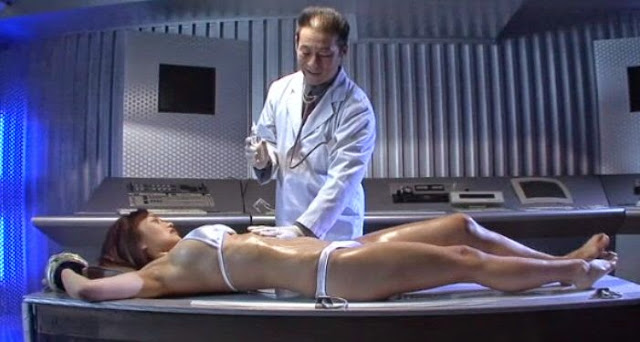