Don’t Do Anything Stupid

I was working in my cubicle when suddenly my coworker, Brianna approached me. She asked me to follow her to the supply room where we could talk privately. She then explained to me that she was able to swap bodies with other people and no one else knew about this, only a few people she swapped with before. She asked me if she could swap with me, so she can spy on her boyfriend who she suspected cheating on her. She couldn’t swap with any of her friends, because her boyfriend knew her friends, so she was planning to go as someone her boyfriend didn’t know.

I agreed to swap with her. After work, we went to her apartment where she asked me to sit on the ground in front of her, and close my eyes. I felt a rush through my whole body, and when I opened my eyes, I saw my old face. She told me to make myself at home, while she went spying on her boyfriend. And she also remind me not to do anything stupid with her body. I just said okay, and then she left.

I wasn’t interested at being a girl, the weight on my chest really annoyed me. But then, an idea came into my mind. I started taking off my top, and I was greeted by a pair of breasts covered with white bra. It wasn’t hard to take off the bra, I guess it was the muscle memory. My new breasts now hanging free, and I felt my nipples slowly getting hard. I opened Brianna’s drawer looking for her bras.

I don’t know, just felt like I wanted to try putting all of her bras and see how do I look in it. So I tried putting a bra after another. I felt obsessed with bra, and how comfortable it felt around my new breasts. I was laying on her bed, with all of bras scattered around the bed.

And suddenly I heard the door open, that mean Brianna is back. She found me laying on the bed with all of her bras scattered. She saw me, but she wasn’t mad at me.
She jumped on me, and said,”Well, YOUR boyfriend Roy was cheating. You deserve someone better like ME.”

It turned out that we enjoyed each other’s body and decide to stay as each other. We even dating now, and having sex as a woman was so much better than a man. 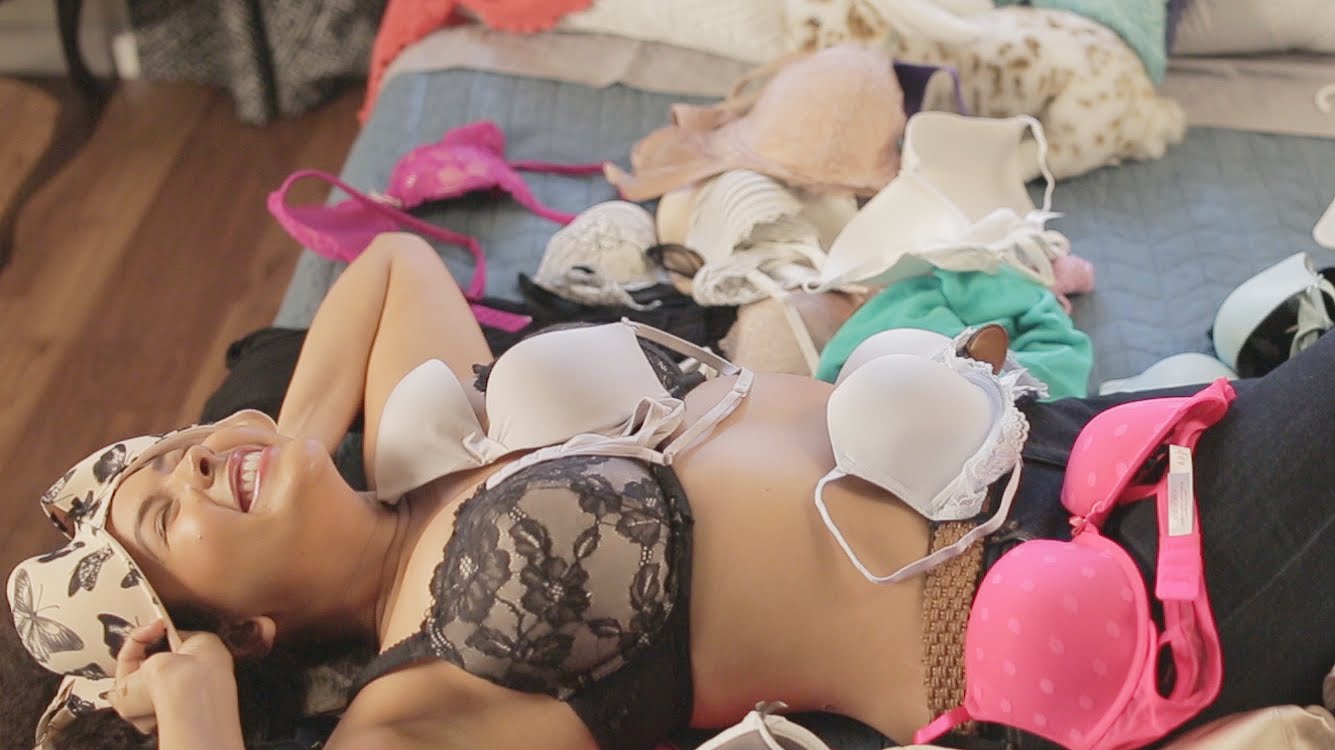