“Mom, this is getting out of hand.” Sam said quietly.
His mother spun around, “What’s wrong honey? Don’t you like the outfit?” She asked.
“Well, no.” Sam replied, “I hate it. It is way to feminine and…revealing.” He finished, hanging his head, ashamed.
“Feminine? Sam, that is what the producers expect.” His mother explained, “They signed you for your voice, thinking you were a woman. We need to keep the illusion intact.” She said, “Think about your contract, your future.”

Sam knew his mother was right, but it didn’t make him feel any better. It wasn’t just his clothes that were bothering him but his whole body. Even without makeup, his skin felt smoother and his face was much softer, with full lips and delicate features. Sam was loosing weight in some areas and gaining weight in others, including his hips and ass. Worst of all was his chest, it seemed he needed less and less padding to make his breasts look convincing.

In fact, even without padding, Sam now sported a modest bust. When he confronted his mother about these changes, she simply claimed it was divine intervention; god was helping them on their journey. Though it is hard to believe that god is helping you when you feel your ass and chest getting ogled in public.

“I know mom,” Sam said quietly, as he turned and walked away.
Sam’s mother breathed a sigh of relief, she knew sooner or later she would have to come clean about the hormones but just not today. She did in fact feel guilty about the whole ordeal, but the end will justify the means. She wanted Sam to be famous, he deserved to be, even if it means he will be the next Kelly Clarkson, instead of the next Toby Keith. 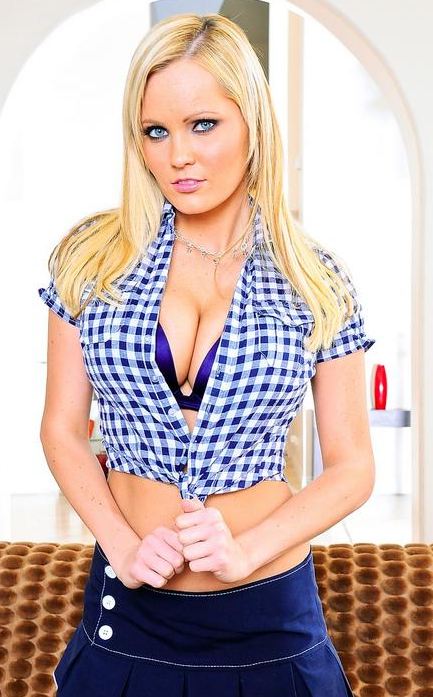