Finally Rick had hauled his sorry ass out of the apartment. It wasn´t often but he ventured outside to seek human interaction in person from time to time. His usual companion was placed in the corner of his living room, namely his computer.

The poor sod actually did try to pick up some girls but his awkwardness and not so good looks contributed to that he got shot down pretty hard every time. So he gave up and sloched towards the bar disk.

He ordered a couple of drinks and emptied them in short succession, starting to feel the beginning of a buzz. The bartender began to look intently at him, Rick noticed this and established eye contact for a short second before looking away, gazing down on his empty drinks again.
He heard a thumping noise and looked up. The bartender was standing just in front of him, holding the neck of a bottle. He spoke: “Hey buddy, you look like you aren´t enjoying yourself. What is the matter?”.
Not wanting to just dismiss the only friendly face he had met so far he felt obliged to give some kind of answer: “I´m here to see if I can hook up with someone. It comes to a point where I cannot take care of it myself, you know?”
Rick wondered why the hell he blurted out that last part, but the bartender didn´t flinch for a second when he had heard it.

The bartender smiled and held forward the bottle he had in his hand: “I recomend this one for you”, and pointed at the bottle, “It will definately make sure that you will have a good time during your visit”.
Rick studied the bottle. “How much for a glass?”
Bartender: “Bottle. You can have it. For free.”
Rick: “What? I thought you bartenders had some code that your patrons just would get an enjoyable buzz, not getting absolutely smashed.”
Bartender: “Well, that one is perfectly appropriate for me to give you. Just take a sip and tell me what you think”.

Rick unscrewed the cork put the flask to his lips and swallowed a mouthful of its contents.
The liquid warmed up his body and strangely made him feel better of himself, without getting a alcohol taste worth noting.
He thanked the bartender and moved towards the dancing area. Swallowing another mouthful made him feel more relaxed, almost wanting to dance. It at least made him loosen up. He took another sip. Then he began thinking: “To hell with it”, and chugged down most of the contents in his throat.

His body began to warm up even more. Then the flesh twisted, turned, moved around and rearranged. During the process he had a wonderful feeling in his body. He was happy, carefree and curious.
Soon a new woman, with a very toned body, was dancing on the dance floor, calling for the attention of any male in the vicinity.
Rita had fun, loved the beat of the music and really did have a good time.

Later on in that evening, Rita even managed to score. 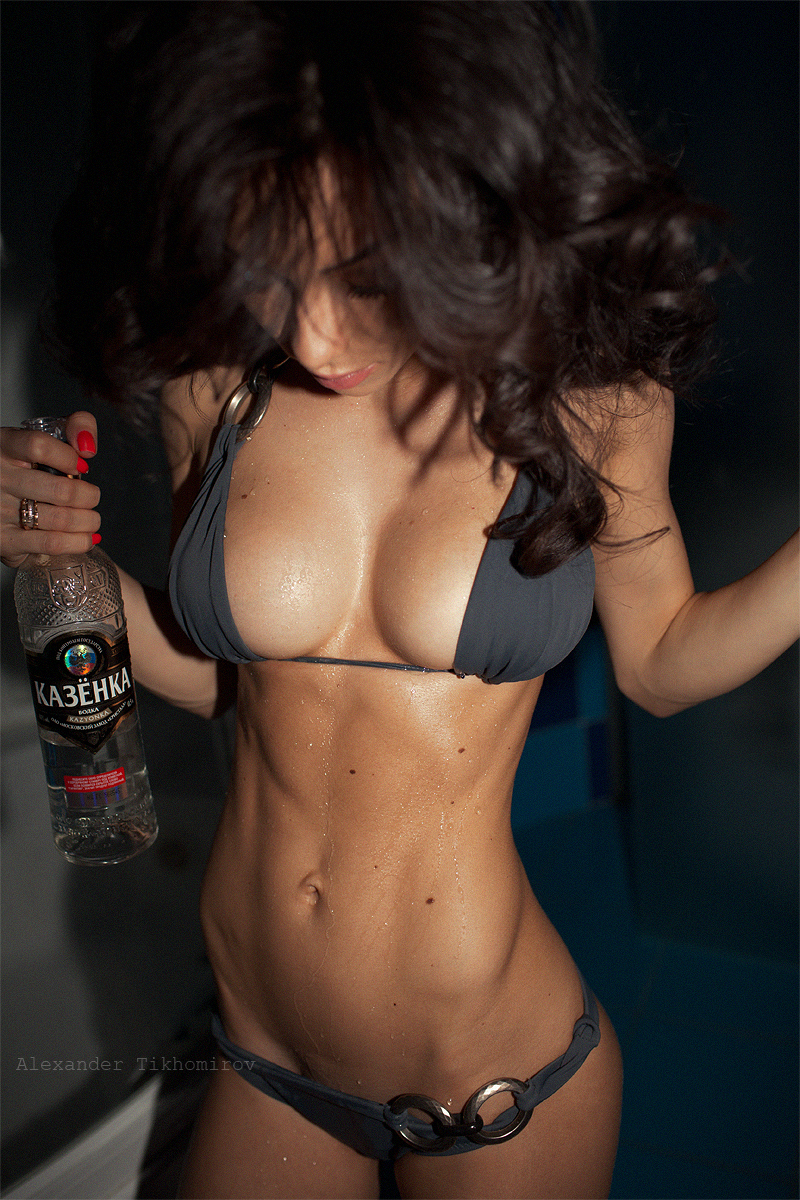