“C’mon Anna, smile a little more, today is your wedding, it should be the happiest day of your life”-My mother said as she brushed my hair, and I was thinking about how I came into this crazy situation.
This is year 2050, and I really don’t know why, arranged marriages became legal and quite popular in western countries about 25 years ago, in fact homosexual arranged marriages are as common as heterosexual ones, cause most parents that arrange a wedding really don’t care about the preference of their children.
The sad story of my life is that my family agreed on marry me with the son (or daughter) of a really rich businessman before we both were born. After few months we were born: Two males, but our families didn’t care.
Andrew (my future husband) and I were at first friends despite we lived in different cities, two happy children that didn’t care about their parents’ complots. This changed as we reached puberty, then I began to hate the idea of being married just because my parents wanted to, and I hated more to marry a man, because we were both heterosexual. Andrew didn’t care too much about marrying me, but he said his father that he preferred if I was a woman, so he bribed my parents make me pass through a sex change, and they accepted.
As I was under-age I had no right to refuse, so my only choice was trying to run away, but I was caught. Then began my living hell: My parents treated me since then as Anna, their “little princess”, they forced me to take pills and hire a “teacher” to teach me (or better said, force me) to act as a delicate girl. As I was 20, I went under a sex change and I had a fully functional vagina, that could even give birth (I’m pretty sure that my parents loved that part).
And now I’m here, three years later, in the day of my wedding, sad of being just a puppet, while I’m walking to the altar to become Andrew’s loving wife for the rest of my life. 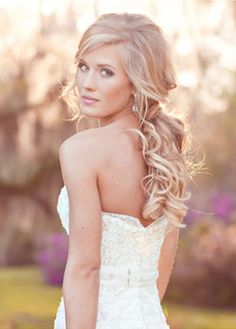