“What do you think, honey?”, Linda asked her boyfriend Jules. “Hmm… I dunno. You look really cute in that dress, but isn’t this dress made for girls with breasts?”, Jules mockingly answered.
“Hey! Just because I have small boobs doesn’t mean I have no boobs.”, Linda furiously shouted at Jules. “Calm down, Linda! Please it was just a joke!” “JUST A JOKE!? You make these kinda Jokes every single fucking day and I don’t know if I can do this anymore. You want fucking big tits, hm? Then I’ll give you big tits! Just wait and see!”.

And with that word Linda left the House and Jules waited for her to come back.
Some hours have had passed and he felt like shit for treating his girlfriend like this. When he went up to the painting his girlfriend drew for him, when they came together, he started to break out in tears: “What have I done? She’ll never come back!”

Meanwhile thousands of meters underground in a place no one knows.
“He fell into the trap, just as we thought”, Linda said to a bald man with sunglasses and a suit but the man didn’t answer. “And now we wait?” “No we won’t just ‘wait’. I have a much better idea. For safety reasons we installed several disguised cameras in your home. And some months ago I planted some chips into both of your necks. So I just have to press this button right here, and then…”, the bald guy said as he was pushing the button just to be interrupted by a loud scream from one of the cameras.

“WHAT IS HAPPENING TO ME!?”, Jules screamed. He could feel every inch of his body in heat. Estrogen was rushing into his body through the chip implanted in Jules’ neck. The first change, was that his skin became soft as silk. His hair and his fingernails started to grow longer, whereas his shoulder and his whole body shrinked down to the size of a cute girl’s. Even his face started to look more like a girls face. Jules unleashed another scream of pain, when his Chest felt like it was burning. Slowly small little boobies peaked out of his body, but they grew and grew until Jules had these two big Melons hanging from his Chest. “What the fuck? Is it still there!?”, Jules realized that his dick will probably be affected to, but when he felt it, it was still there, but it was slowly shrinking and getting sucked into the body to form a nice pink and wet Vagina. “NO! PLEASE! DON’T GO!”, Jules started crying in misery but it was too late for him to do anything. He was now a fully functioning woman.

“Linda. What should we do with hi… ‘her’ now?” “Well he’s treated me like shit for some time now… It would be the best thing, that could happen, if she get’s treated just like I did.” “How about this: We could make her force to work at a Brothel?” “YES! Even better! That way she’ll be humiliated everyday… I like that.” “But she also needs a Name. Jules isn’t a fitting name for a big-titted prostitute at all. And since you were his… ‘her’ girlfriend for some time, you should decide…” “I like Trisha… It’s a perfect name for a slut.” “Trisha it is…”

Some hours have passed and Trisha started to adapt to the female life. But she didn’t even know she’s a prostute yet, or that her name was Trisha until the phone rang and she picked up, not knowing what to say she just said: “Hello. This is the house of Linda and Jules. They aren’t home yet, can I forward something?” “Oh come on Trisha, your jokes were never funny. Women just can’t be funny, hehehe…. Anyways I’m gonna come over this evening to fuck you. Prices are still the same?”, the guy on the phone answered. “I.. think you have the wrong number”, was trisha’s response. But after the 100th phone call she finally believed, that reality has changed, and Jules was now Trisha the most-known village-slut. No one really wanted something of her romantically, but she just had a way too hot body for noone to fuck it. Unfortunately for Trisha this is all permanent and his ex-girlfriend is already in another state, working for a secret organisation called the WWPC – The World Wide Punishment Corporation. They do everything to bring justice to those who deserve it and Jules has been on the list for a long while now, because his crazy feminist-ex-girlfriends always misunderstood his jokes as insults… Well now Trisha is going to have to get ready for all of her clients. A quick jump in the shower and she’s almost ready. 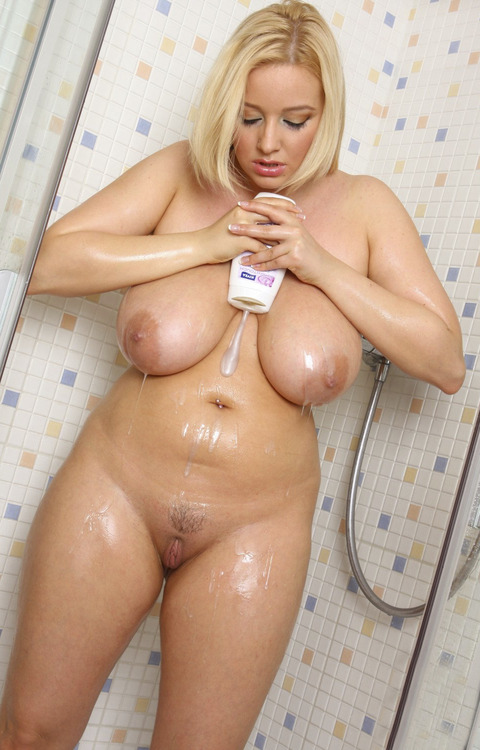