You don’t know how she did it, but the instant your girlfriends black lover cam inside her you felt… strange.

The last thing you remembered before waking up was having a drink with your girlfriend at the local bar, nothing the two of you hadn’t done a hundred times before. Something was different this time though, she seemed… excited for something. You remember taking a sip from your drink after taking a quick leak in the bathroom, and suddenly the room felt fuzzy. You saw a mischievous grin spread across your girlfriends face as she waved to the tall muscular black man who entered the bar. Suddenly, your vision went dark and you hit the floor.

You woke up to the sound of your girlfriend screaming in pleasure, something you’d heard before. Bit this time you weren’t the one pleasuring her, and it sounded like she was having the best sex of her life. When you finally opened your eyes, you saw a muscular, well hunged African-American male plowing your girlfriend. When you tried to get up and confront the two of them, you found your arms were tied behind the chair you were seated in. As you fought your restraints, your girlfriends moans increased in frequency and intensity, ultimately culminating in the feeling of a huge load of warm sticky semen being shot into her fertile womb… which you felt?

You looked down at your stomach curiously as your girlfriend’s giggling filled the room. As you fought and pulled against your restraints, you felt your stomach begin to swell. You attempts to escape increased drastically as you felt two breasts slowly protruding out of your chest and bobbling down, reaching a-cups, b-cups, and not stopping till you had a pair of DD’s flopping down. Your girlfriends laughter reached it’s climax as your penis began to twitch, your balls and shaft shrinking and contorting until finally inverting on themselves and pushing up inside you orgasmically as your new womb filled out and began to expand until you looked about 7 months pregnant! Your legs became smooth and shaven, your arms dainty and lean. The tingling in your face indicating similar transformations in your appearance. As you tried to hid your embarrassment your girlfriend and her new boyfriend’s laughter rang in your ears.

She stopped laughing for a second to say, “I’m so sorry honey! You know I love you… but I wanted to have a kid! I sure as hell didn’t want your sperm impregnating me, and I’m kinda grossed out of the idea of being pregnant myself. So that’s when I came up with the idea to use magic to transfer my fertilized egg into your body! Thank you for carrying my baby for me, hopefully we can still be friends? And who know, maybe we could have some threesomes with my new boyfriend sometime!” 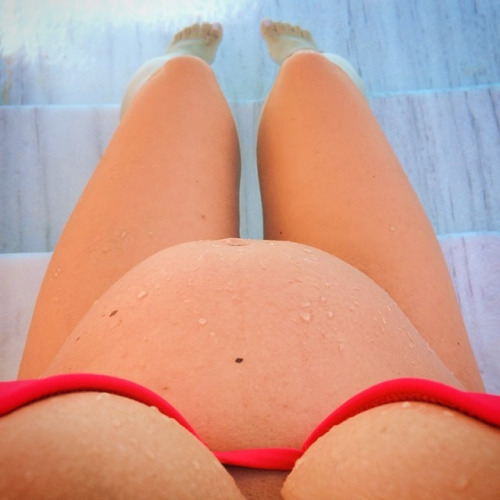