“Remember your promise. If I could beat your sorry ass in NHL 16 you would let me decide what you would shapeshift to”.

“Fuck. Fine. Hit me with you best shot. It´s only until the evening anyway”, Dale replied, clearly annoyed. With two more goals than Neil into the second period his win seemed assured. A couple of bad power plays later it was him that was two goals down.

“I want you to shift into a busty, blonde bimbo”, Neil said leeringly.

“I can do busty blonde. I´ll leave out the bimbo part as I don´t like messing around with my mind”

Neil looked suprised, “You can do that? Changing your mind I mean”.

Dale sighed. “Yea, I can do that too. It comes in handy at times”.

“No bimbo”.
“Step back a little will ya”
Dale shimmered and where he once had stood a busty blonde in a tight leopard dress was standing instead.
“Good enough?”, she said with a breathy soprano.

Neil was flabbergasted over the raw sexuality that was standing in front of him. Thinking a little he said: “Can you do me just one favor?”

“Maybe. What?”, Dale´s female voice was like music to his ears.

“About that mind changing stuff. Can you at least make one change for me?”

“I don´t like it but maybe”, she seemed apprehensive about it.

“Can you make yourself a little bit submissive? Like if I told you to make me a sandwich you would do it. I`ll give you $100 for it. It´s always been a dream of mine having a blonde babe doing stuff whenever I asked for it. Pleeeeeaseeee”.

“Alright. Alright. I´ll do it”.
She closed her eyes and concentrated hard.
“There. I´ve made myself slighlty submissive to you”.

“Asshole”. She went into the kitchen and made a peanutter and jelly sandwich.
“Here”, placing a plate in front of Neil.

“Thanks babe!”
“You know, you made a mess in the kitchen. Can you go clean it up?”

Without answering she went into the kitchen again and cleaned up the mess, plus fixing the all of the dishes that was piling up.

Dale obeyed. So far it was within the limits of her submissivness.

“Come sit in the sofa with me”.
And so she did.
“Why are you sitting that far away? Come closer”.
She moved a little closer to Neil.
“Closer”, he urged.
She came even closer.
“Just a little bit more”.
Now she was sitting shoulder to shoulder with Neil. He put his arm around her.
“I like it when you´re close”, he smiled at her.
After a couple of minutes the hand of his arm that was wrapped around her began to stroke the upper part of her chest back and forth. It felt nice but strange.
Neil noticed the slight discomfort in Dale. He said: “Sit still and enjoy it,babe”.
She obeyed.
Becoming even more venturesome Neil´s hand traveled down a bit and began to massage the breast.
She let out a low moan.
“You liked that?”
His second hand traced the outlines of her arm , following it towards her body and arrived at her other breast.
The two hands was giving her a slow and sensual breast massage.
*ngh. Don´t stop*, she whispered.
“Maybe I do if you don´t do something for me first”.
“Yes”.
“I want you to become even more submissive”.
Dale shut her eyes again and concentrated hard.
“It´s done. Don´t stop. Don´t stop”.
“Straddle and face me”.
Without hesitation she positioned herself on him, pushing his hands onto her breasts, urging him to continue with his sweet ministrations.
Her soft breasts was filled with sensitive nerve endings and Neil was an expert stimulating them. And inner fire was building up inside of her.
“Take of your dress”.
She gave him a suprised look but it subsided quickly. Smiling a little she removed her dress, exposing her almost naked body him. The bra did a good job holding up her boobs.
“You look really nice, babe”.
Strangely enough she liked hearing him reassuring her.
“Now undress me”, Neil said lecherously.
She did that too, whilst grinding her tight body against him. He looked kinda good.
“Come here babe, I want to mess around”.
She felt how butterflies fluttered around in her stomach.
The two of them began to caress and stroke each other all over their bodies. Steam was definately building up.
Dale gasped when two fingers was inserted in her vagina. They entered so smoothly, she must be wet.
“On your back”, Neil commanded.
Neil directed his erect cock at Dale´s waiting pussy, he pushed in the tip a little bit, waiting for Dale´s reaction. She was looking at him with anticipation. Good. He could continue.
The rest of his cock entered slowly but steadily all the way in. Dale dug her nails into his back, relishing in the sensation of having her pussy filled.
He began to work his member in and out of her.
Dale was beginning to be pushed against a blissful abyss. Her moans and cries of lust filled the room.
She was nearing the eruption of pleasure and Neil saw it.
He slowed his pace almost to a stand still.
“No No No! Don´t stop! More! Give me more!”
“I will if….”, he said and gave a single powerful thrust.
“Anything. I`ll do anything”, she moaned.
He gave her another powerful thrust, sending shiver along her spine.
“Give me complete control over you and I will fuck yor brains out”.
She concentrated hard again. “Done”.
“You will never use that power again unless I tell you to”, he commanded her.
Neil performed a series of thrusts sending her over the top, triggering the orgasm of a lifetime inside of her

She lied on the sofa, spent and tired when Neil whispered in her ear. “From now on you are Lena, my lover. A ditzy girl who loves pleasing her man. And she has no recollection of ever being a man named Dale. I want you to implement those changes.

Lena kept her eyes closed as she was recuperating on the sofa, letting the changes wash over her.
She felt amazing even though he had worn her out. If she kept him happy during the day maybe he would want to go again later on? 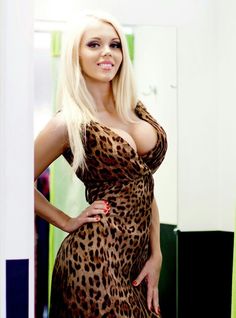