2011
Brianna entered the house.
“Henri, what have you done?” she screamed at the kissing couple.
The man stopped and turned his head to Brianna, “I dunno. What did I do?”
“Broke reality, made my girlfriend cheat on me!”
“Your girlfriend?”
“Fiona!” Brianna said.
“Sorry, Bri but I’m not into girls, and I am very certain, I would remember fucking you”, Fiona added.
“You have forgotten that’s the whole point!”
“Why don’t you enlighten us, darling?” Henri asked the enraged woman, before freeing Brianna’s nipples from the little pink sticker, just to then suck on the breast and return the sticker to its original place.
“This isn’t how should be! It was changed. You two aren’t supposed to be fucking around, I shouldn’t lactate and this whole thing is just messed up.”
“Bri, this is impossible”, Henri denied her.
“What? Magic?”
“Yes. That is ridiculous.”
“I can prove it.”
“How?”
“You love Fiona, don’t you? You would never leave her, right?” Brianna asked.
“Of course.”
“See this milk?” Brianna asked and poured it all over her breasts, “How do you feel about her now?”
“I…” Henri began and let go of Fiona to start licking the milk of of Brianna’s breasts.
“Henri!” Fiona screamed towards him.
“Don’t worry. He’ll be fine. This magic milk does attract men. As soon as it touched skin and they see it, they have to lick it up.”
“Okay, I believe you,” Henri said, after having licked all the milk from Brianna’s boobs.
“So… What does that mean?”
“This whole world is messed up. There should be more of us, more humans. And as I already said, I am no human cow that produces your food. You are no couple…”
“And how do you know all of this?”
“Well, I was going for a walk and there I encountered this strange cave. In it I blacked out and after regaining consciousness, I knew all this stuff. The milk also appeared next to me.”
“So how do we fix reality?”
“We have to go in the cave. All of us.”

A few minutes later
The group saw the past of another reality. 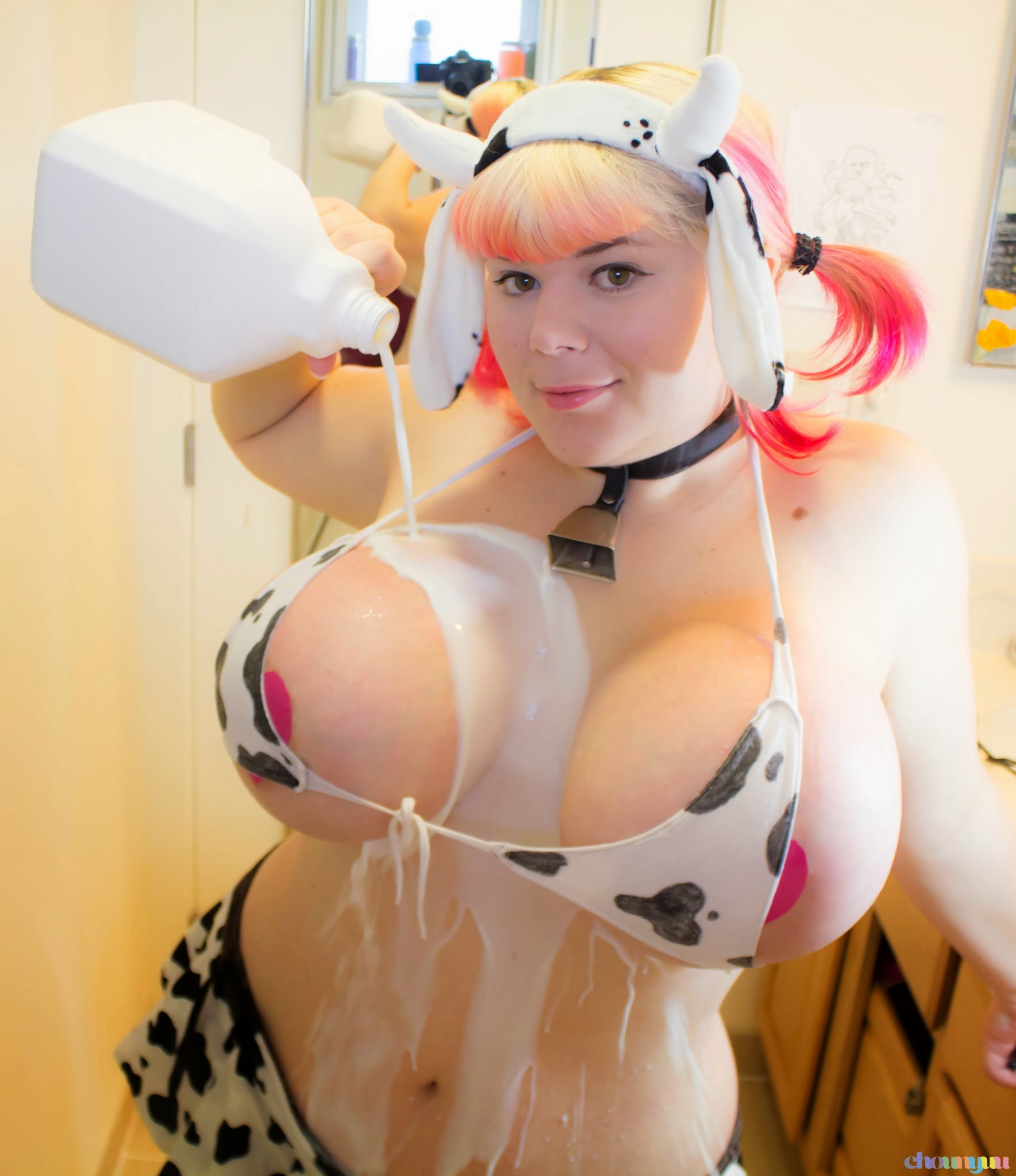