It had been two months since I had used the spell book to help my sister Andi grow her breasts larger than her sisters’. Unfortunately the spell seemed to have a strange side-effect: she had become obsessed with growing her breasts. I sat in Andi’s room, waiting for her to get home. I still had no idea how she went out in public with tits as titanically sized as hers.
Finally I heard the door opening. My sister walked in, her tits as bare as they always were when she was at home. “Hey sis,” she said. “I saw your car outside, and thought I’d bring you up this.” She tossed something to me and I caught it. A pear.
“Oh ha-ha, very funny,” Andi liked to tease me about my still-large ass. I took a bite out of it, and stood there staring at her, waiting for her to say something else.
“Aw, you wore panties to match your hair! That’s cute.” Not the response I was hoping for.
“Why are you in your underwear anyway?” Now we were getting somewhere.
“I’m here for an…intervention of sorts,” I said carefully. “Andi, you’ve gotten out of control. Look at yourself! Your tits cover your whole torso now! How do you even go out in public with those monsters?”
“Like this,” she said, tucking her breasts into her sweatpants, and zipping her sweatshirt up over them. “Ta-da!” Well that answers that, I suppose…
“Look, you need to stop,” I told her as she freed her girls again.
“No, what I need is bigger tits! I thought I’d be satiated after taking from our sisters and mother, but I still needed more, so I took them from Hanna’s little girlfriend,” she smirked as she said that. Poor Cari, getting mixed up in this.
“Look Andi, you really have to stop. I can use a spell to reverse this. Give you some normal breasts, and let the rest of us have ours back.”
“You think I want to go back to being the smallest in the family? No way!” She started towards me. I backed up into the wall behind me. “I wonder if my spell will let me absorb other flesh…” she said darkly, stripping fully out of her clothes. When she reached me she pulled my panties off despite my struggles, and tore my bra right down the middle. “Come here,” she said. “Give your big sister a hug…”
Her arms were wrapped around me, her breasts pressing me against the wall. I could feel myself get closer to the wall as my ass was absorbed. “More!” I heard Andi shout. I wanted to shout out, but nobody else was home. Suddenly I felt myself getting shorter. My face was buried in my sisters tits now. Shorter again. I was at her stomach now, but still saw nothing but tit-flesh.
Shorter yet. I was eye level with her vagina now, but still I could feel her tits to either side of me head.
Andi sat down. She should have crushed my tiny feet, but instead I felt something warm, and a little…wet?
I looked up at Andi, and she said, “Look who’s gonna make Momma’s tits even bigger.” She smiled, and I realized what was happening. My legs were pulled into her vagina now, and my waist had now started. I tried to pull myself out, but then it got to my belly, and I felt the umbilical cord attach. I wasn’t going to be escaping now.
I was pulled in even further, until only my head still remained outside her womb. “See you in nine months, sis.” Andi waved to me over her huge tits as I was pulled the rest of the way into her womb. I had been unbirthed for the second time in my life… 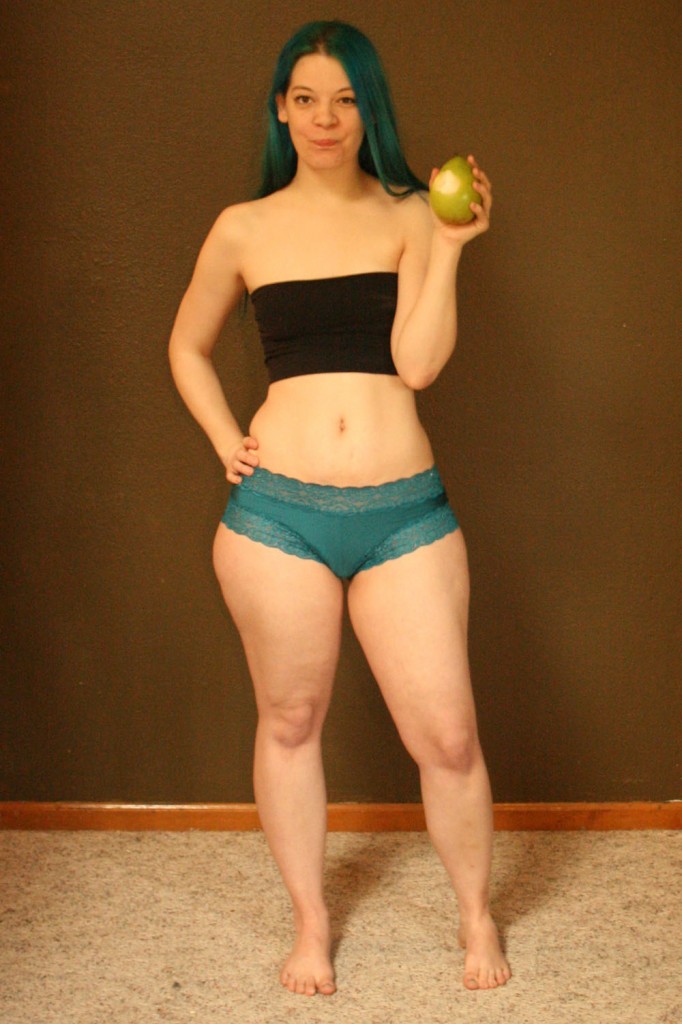