Careful What You Wish For

Nick was the school loner and dreaded his class’s frequent outings. Today they were at the beach and he watched sadly from the far end of the shore as the popular jocks with their jacked torsos flirtatiously tried impressing the hot cheerleaders dressed in revealing bikinis.

“I wish I was popular,” Nick whimpered.

Suddenly he was flat on his back, he spinning with an unsuspected blackout. Several of the jocks were rushing around him.

“Someone get some cold water!”

“Here, let me help you up,” the handsome quarterback said as he lifted Nick up into his muscular arms with ease and propped him up on his wobbling feet. A unfamiliar weight hung from with chest. Nick looked down to see the large tanned breasts of the most popular cheerleader in the school, barely contained by a tight red and white bikini. He grabbed his new boobs and squeezed in disbelief, their swelling flesh was real, caressed by the brown curls of his new super-model hair. He looked down where his penis once was and saw the flat curve between his legs. He carefully put one hand down his bikini and looked at the hairless skin leading to his new female crotch. He was about to reach some exploratory fingers inside as he had never felt a female vagina before when he realized he was not alone. He looked up in shock to see the entire football team starring eagerly at his groping, their pants rustling with arousal, their jaws dropping with anticipation for how far he was about to go.

His crotch moistened with the thought of each of them taking him into their muscular arms, on top of him completely naked, licking his bouncing tits, trusting their cocks inside him, making him moan and scream. Wait, what? Nick realized that his wish was about to be fulfilled…and not entirely in the way he was expecting. 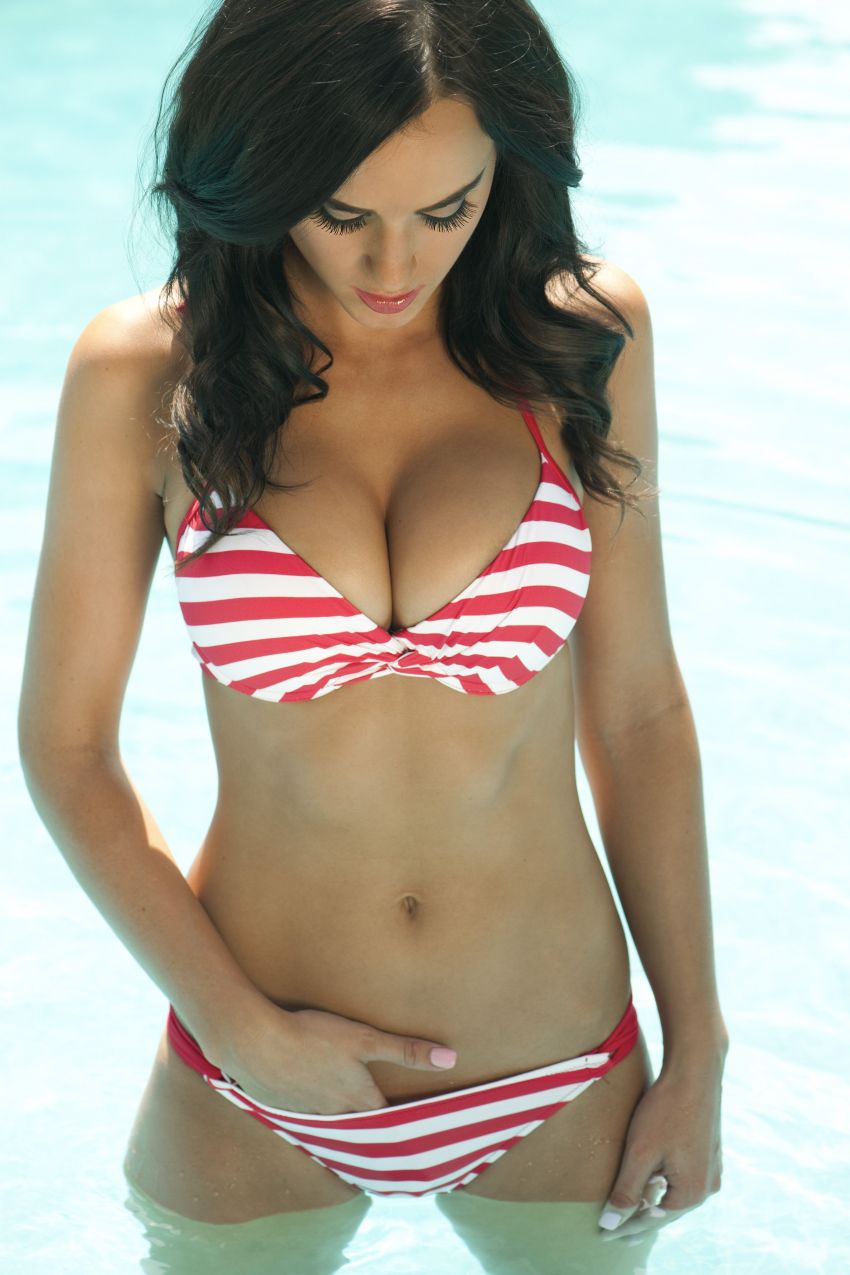