I had always had a thing for the 1950s.
The car’s the music & the fashions

I was a traveling salesman from the midwest of America.
I spent a lot of my time on the road alone.

Whilst on my way to Cleveland I was getting mighty tired and my Ford Taurus needed gas.
So I pulled over at the next gas station which luckily for me had a motel attached and I went in and asked for a room.

the old man behind the desk said to me I only have one room left & thats was the honeymoon suite I was exhausted from a day on the road so I just took it.

the old man smiled and said well boy be on your own head & I was too tired to wonder what he meant by that.

I got into the room stripped off my clothes and jumped into bed.

I had the most intense and visit sexual dreams that I was a young bride the year was 1952 & my name is Susan and I was married to Henry Caldwell a travelling hoover salesman.

when I woke up in the morning and the first ray of sunlight shot through the curtains and landed on me.

I could tell I was not alone anymore in my bed.

That’s when the man lying next me said hey honey you want to sort out my morning wood & something Inside me said yes & this was my life and this is how I was supposed to be.

I did what a young bride would on her honeymoon and seem to my husband’s every whim.

It seemed like the most natural thing in the world to do and the more I got into it the less of a man I was & felt more the woman I was becoming.

After the first initial shock of waking up as a woman and the carnal lust and pleasure that came with it.

I left the hotel with my new husband and notice the sign guarantee that one night in there honeymoon suite and you’ll wake up a new person.

How I travel back in time & how I became a woman I don’t know but I would not give it up for my old life back.

Looking back at that picture taken 20 years ago when I first became Mrs Caldwell that was the happiest point in my life. 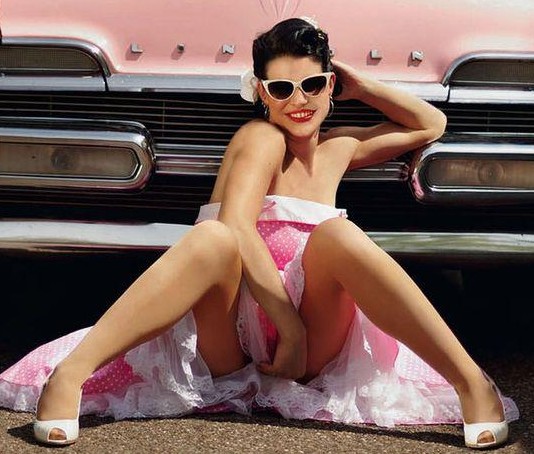