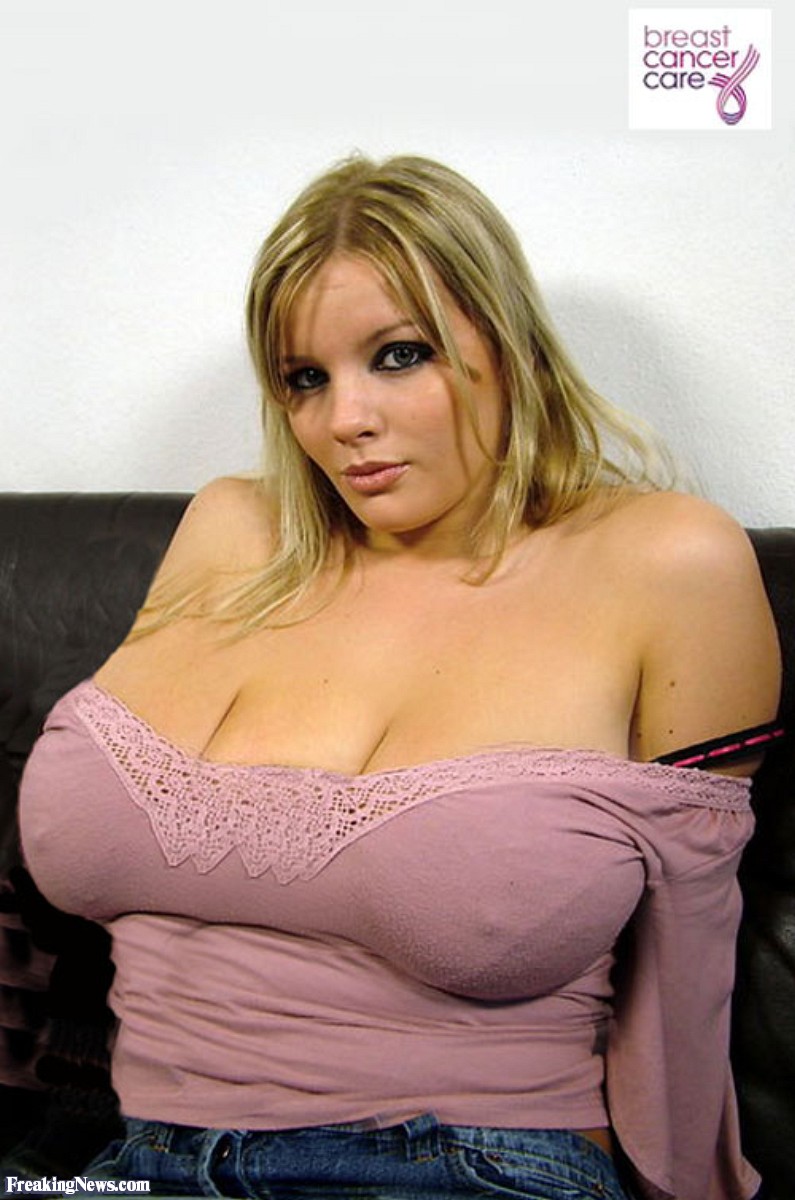 I picked up the bottle and read the label on the side. In fine print, all the way at the bottom, I was able to read the word “reversible”. Good. As much as the idea of growing another boob turned me on, I didn’t want to keep it forever! Maybe just a few fun-filled hours. I put the bottle back on the counter, and picked up my glass of pink liquid. I examined it closely. It looked almost like Pepto Bismal, though it defintitely smelled different. I shrugged, and downed the whole glass, slamming it back to the counter when it was empty. Instantly, intense heat arose in the center of my chest. I staggered into my living room, my vision slightly fuzzy, and sat down hard on the couch.
I felt my bra straps slowly slide over my shoulders, and looked down to see my large D-cup breasts being parted by a much smaller boob, right in the middle. The warmth continued as I felt my bra straps slip over my shoulders, the cups having been spread too far. I pulled my shirt down, exposing more of my chest and giving it more room to expand. My new breast was at least a B-cup by now, maybe a small C.
The heat grew more intense, becoming a burning sensation, almost unbearable, and then…
It stopped. I breathed heavily, and looked down at my heaving chest.
Three, full-sized tits rested on it. I tore off my shirt and undid the rest of my bra, which I had outgrown. My chest had broadened slightly to allow for the extra boob, though it still seemed slightly squished between the other two. I got up, jumping up and down and watched my new breast bobble with the ones I had already had. With glee I skipped over to the kitchen, enjoying the feeling of my three tits slapping against each other as I did so.
I picked up the bottle, to learn how to reverse the effects before I went upstairs to enjoy myself. I smoothed the label over the strangely shaped bottle, and read the word, causing me to drop the bottle, which shattered against the floor.
“Irreversible”. The wrinkle in the label had hidden the full word from me earlier. I stepped carefully around the broken glass and ran upstairs to the bathroom to look at myself in the mirror.
Three boobs. Three large boobs now rested permanently on my chest. I tried to squeeze my new asset in between my originals, but it was no use. There was no getting rid of it, and there was no hiding it. I had three tits. I would have to wear loose sweatshirts if I didn’t want people staring at it, and bras would be a thing of the past. “Maybe a large sports bra would work?” I said, reaching up and rubbing my new boob. All because I couldn’t wait and read the label properly. Read more